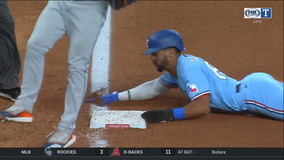 The Houston Astros are going into the playoffs with a losing record, a year after having the most wins in the major leagues. 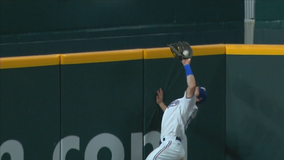 Jeff Mathis hit a tie-breaking, three-run home run in the seventh inning and Leody Taveras followed with a solo blast in a five-run inning as the Texas Rangers beat the playoff-bound Houston Astros 6-1 on Saturday night. 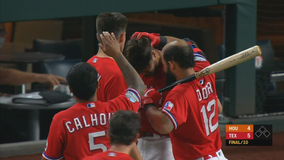 Ryan Pressly had no interest in waiting to see if the Astros would get the help they needed to clinch the last spot in the expanded American League playoffs after the Houston reliever couldn’t finish it himself when he was a strike away. 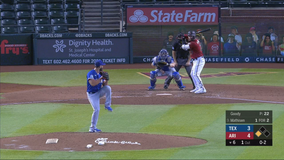 Rookie Wyatt Mathisen hit his first two career homers, fellow rookie Daulton Varsho knocked in the go-ahead run with a triple, and the Arizona Diamondbacks rallied for a 7-3 victory over the Texas Rangers on Wednesday night. 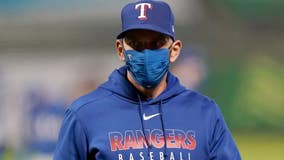 Carson Kelly had a three-run homer, Caleb Smith and Riley Smith combined to throw a six-hitter and the Arizona Diamondbacks rolled to a 7-0 victory over the Texas Rangers on Tuesday night. 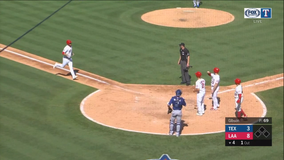 ANAHEIM, Calif. (AP) — Jared Walsh was a 39th-round pick who got a humble $3,000 signing bonus from the Los Angeles Angels. He used his cash to pay for an offseason of workouts, and then he never stopped grinding. 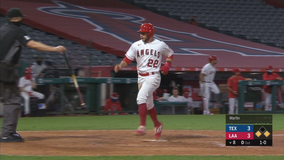 Mike Trout delivered a tiebreaking RBI single in the eighth inning, and the Los Angeles Angels rebounded from a rough start for their third straight victory, 4-3 over the Texas Rangers on Saturday night. 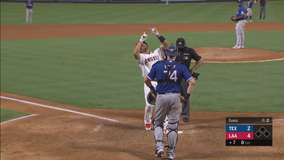 Albert Pujols needed nearly five weeks to tie Willie Mays for fifth place on the career home run list. It took only five days for the Los Angeles Angels slugger to pass him. 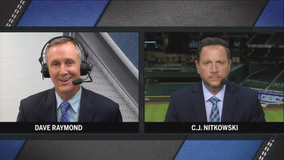 A television broadcaster for the Texas Rangers has tested positive for COVID-19. 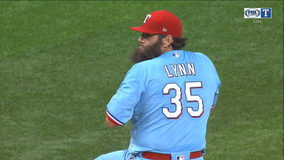 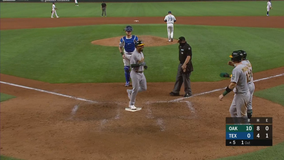 Right after the Oakland Athletics bounced back in a big way, the AL West leaders got yet another bit of bad news. 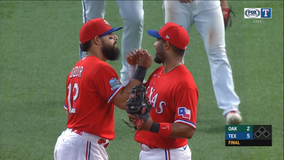 Rougned Odor and Ronald Guzman homered in a five-run first inning for the Texas Rangers, who beat the Oakland Athletics 5-2 in the first game of a doubleheader Saturday to spoil the major league debut of Daulton Jefferies. 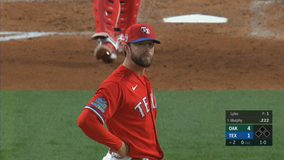 Matt Olson delivered in a situation made for a cleanup hitter, at the same place where the Oakland slugger spent his only game this season in the bottom half of the lineup. 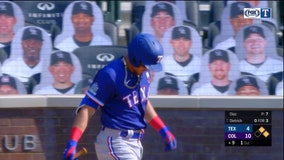 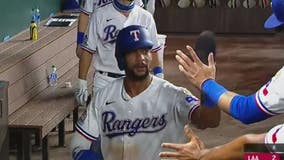 Isiah Kiner-Falefa matched a career high with four hits, Nick Solak drove in a pair of runs and the Texas Rangers had a few rookies get some big firsts in a 7-3 win over the Los Angeles Angels on Wednesday night. 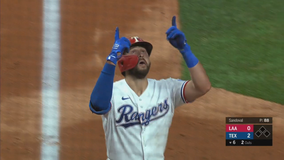 Lance Lynn pitched seven strong innings, Elvis Andrus homered and the Texas Rangers snapped a six-game losing streak with a 7-1 win Tuesday night over the Los Angeles Angels, who had won five in a row. 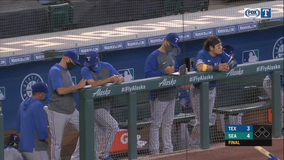 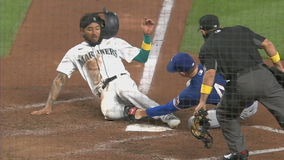 Rookie Jose Marmolejos hit a tiebreaking single in the eighth inning after twice leaving the bases loaded, and the Seattle Mariners beat the Texas Rangers 5-3 on Saturday night. 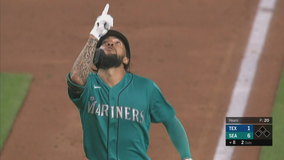 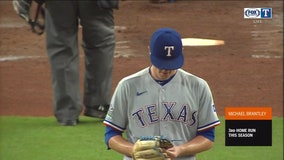 Michael Brantley hit a two-run homer early to back up a strong start from rookie Cristian Javier and the Houston Astros held on for 2-1 win over the Texas Rangers on Wednesday night.