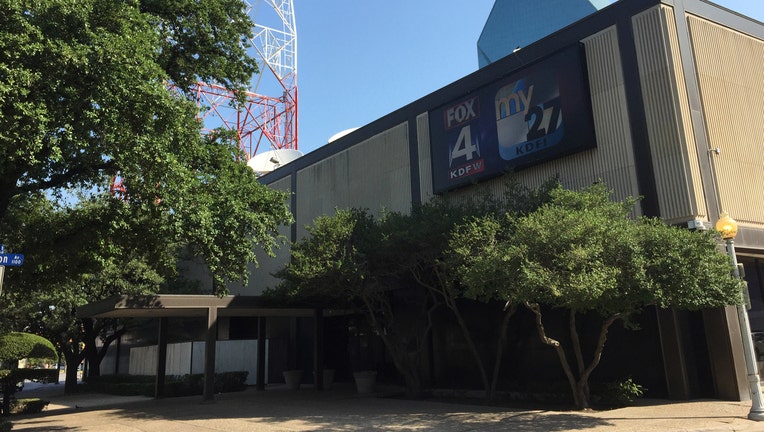 The history of KDFW FOX 4 begins more than 80 years ago, during the "golden age" of radio. On Oct. 30, 1926, KRLD-AM radio signed on the air for the very first time. The call letters KRLD came from an acronym from the station's joint owners: Edwin J. "K"iest and the "R"adio "L"aboratories of "D"allas.

A year later, in 1927, the founders sold KRLD to the Dallas Times Herald newspaper. The same year, the station signed up to be the very first Texas affiliate on the brand-new Columbia Broadcasting System (CBS) radio network.

In the 1940s, in the dawn of the "television age," KRLD's owners decided to open their own TV station. KRLD-TV Channel 4 was the fourth Texas TV station granted a license to operate by the Federal Communications Commission.

Channel 4 signed on the air Dec. 3, 1949. The very first telecast? Typical Texas: a football game -- SMU vs Notre Dame. We soon added news and local entertainment programs, and hooked our sails to the CBS television network.

The 1950s saw televisions coming to almost every home in the country, and Lucy and Ricky Ricardo were the mainstays on evening television. The "birth" of their son, Little Ricky, was one of the very first golden moments of this new medium.

The President was riding in a motorcade through the streets of downtown, during the noon hour. As the President's motorcade turned onto Elm Street and passed the Texas School Book Depository building, gunshots pierced through the noises of the cheering crowds. President Kennedy and Texas Gov. John Connally were both struck. The motorcade sped away to Parkland Hospital. While the governor survived his wound, the president died about an hour later on the operating table.

Two days after the President's assassination, as Channel 4's cameras were broadcasting "live" to the entire nation, prime suspect Lee Harvey Oswald was himself shot and killed. Jack Ruby shot Oswald in the abdomen, as Oswald was being transferred in handcuffs out of the Dallas downtown police station.

Two of the most painful moments of our nation's history had happened right in front of us. Channel 4 and CBS News covered the story non-stop for several days. Today, much of that exclusive footage is housed in the Sixth Floor Museum in Dallas.

On July 2, 1970, the Times Mirror Corporation and the Dallas Times Herald merged. As a result of the merger and existing FCC regulations, the new company had to spin off KRLD radio. Since the radio station owned the original KRLD call letters, Channel 4 was assigned new call letters. KDFW-TV became the station's new name, since "DFW" represents our "D"allas-"F"ort "W"orth viewing area.

The 1970s brought some fresh faces and old friends to Channel 4 viewers. Prime-time viewers watched "All in the Family," "The Mary Tyler Moore Show" and "The Carol Burnett Show" while daytimers put their bids on a new game show, "The Price is Right."

And in November 1978, a young woman from Detroit arrived in Dallas. Clarice Tinsley began working at Channel 4 News that month, and now 40 years later, she is the preeminent female television personality in North Texas. Now, then…Always at 10;00.

The 1980s brought new programs to our viewers.

"Who shot JR?" was the question of the year in 1981 as hometown favorite "Dallas" jumped to the top of the national television ratings. In fact, the "Who Shot JR?" episode, which originally aired Nov. 21, 1980, was the highest-rated TV program to date, and kept that honor until another Channel 4 program, M*A*S*H, surpassed it with its final episode in 1983.

Do YOU remember who shot JR? The shooter was identified early in the season as Kristin Shepard, JR's sister-in-law.

In 1986, brand-new portable satellite technology allowed Channel 4 News to take its newscasts on the road -- in a big way. For the entire month of May, Channel 4 News moved its entire anchor team, and dozens of support people, around to all corners of Texas, bringing newscasts live from a different city or town each night. It was one of the most ambitious projects in station history, and thousands of viewers followed along with our journey.

The 1990s brought the most change to Channel 4. In 1994, Times Mirror sold KDFW-TV and three other stations to Argyle Communications. Later that year, Argyle entered into a Local Management Agreement (LMA) with KDFI-Channel 27. The LMA gave Channel 4 the right to provide programming and sell advertising on Channel 27. The agreement created a terrific two-station combo for Dallas-Fort Worth viewers.

But change was only beginning. In 1995, Argyle sold KDFW to New World Television, Inc. Part of that deal included a break from CBS, and a new alliance with a young and growing network. On July 1, 1995, Channel 4 signed on with a new look and a new name: FOX 4 Texas. The Channel 4 newsroom's on-air demands increased from three-plus hours a day, to seven hours a day. FOX 4 became one of the most prolific local TV news stations in the country, with more local newscasts, and a bigger staff, than any other station in the state.

In 1997, the transition to FOX became complete, with the network's acquisition of all the New World stations, including KDFW FOX 4 and its new corporate sister KDFI 27.

In the rapidly changing media landscape, some things remain….we’re still home to football, led by with the Cowboys, college games on Saturday and NFL clashes on Thursday and Sunday. FOX continues to deliver innovation and entertainment from the Simpsons to 911 to The Masked Singer. Daytime means Kelly & Ryan, Wendy Williams, and Judge Judy. And our commitment to community is year-round through our partnerships with The Susan G. Komen Race for the Cure, March of Dimes, Toys for Tots, and many other local organizations.

KDFW FOX 4 and KDFI 27 are part of one of the country's largest TV station groups, FOX Television Stations. From GOOD DAY, the first local news of the day at 4am, to the only nightly sports show in DFW, “Free 4 All” at 10:30, FOX 4 airs more local news than anyone else in North Texas. In March 2019, we gained another distinction: a study by the nationally recognized Pew Research Center showed that North Texans depend on local TV as their primary news source, citing accuracy and local weather information. When asked further, the respondents cited FOX 4 as their most trusted source—more than any other station—or any other media! It is an honor we work to uphold every day.  We will always be HERE 4 YOU.