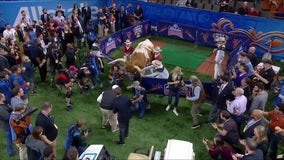 A former Austin American-Statesman photographer is suing over a pregame incident involving Bevo and Uga from the 2019 Sugar Bowl. 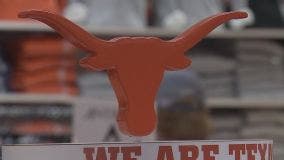 Chris Del Conte's comments come after few UT players remained on the field as the song played with their "horns up" for fans after Saturday's UT-OU game. 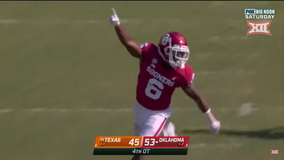 Spencer Rattler threw a 25-yard scoring pass to Drake Stoops in the fourth overtime, and Oklahoma survived a late rally from No. 22 Texas in regulation for a 53-45 victory Saturday as a most unusual version of the Red River rivalry ended with familiar dose of drama. 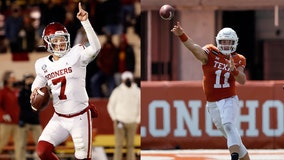 Throw out the records when it comes to OU-Texas. It still feels like there is everything on the line, FOX Sports' Martin Rogers writes. 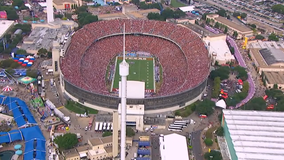 It will not be a packed Cotton Bowl stadium as the Longhorns and the Sooners play Saturday but some traditions will still go on. 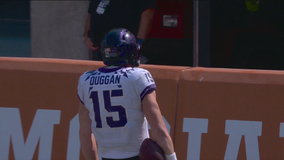 TCU quarterback Max Duggan ran for the go-ahead score with 4 minutes left and the Horned Frogs' defense made it stand with a goal-line fumble recovery to stun No. 9 Texas. 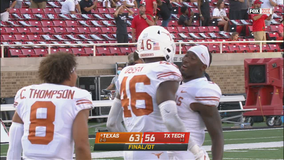 Sam Ehlinger threw a 12-yard touchdown pass to Joshua Moore in overtime, sending No. 8 Texas to a wild 63-56 victory over Texas Tech on Saturday that saw the Longhorns rally with two touchdowns in the final 3 minutes of regulation. 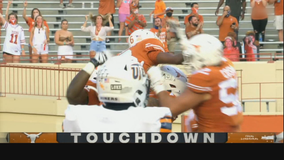 The stadium was mostly empty and the Texas players beat a quick path off the field when it was all over rather than lingering for the traditional singing of “The Eyes of Texas." 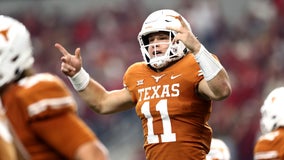 Back when everything was still normal in college football, Texas coach Tom Herman did some house cleaning. 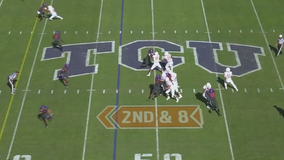 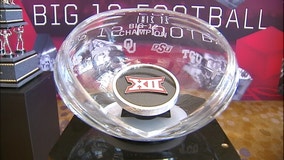 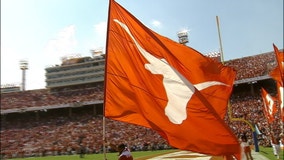 The University of Texas announced a series of steps Monday intended to make itself more welcoming to its Black students but stopped short of shelving “The Eyes of Texas” song that a number of athletes have said needs to go because it has racist undertones. 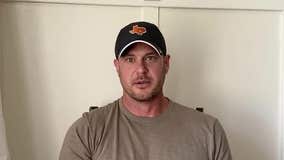 In the PSA entitled "The Power of Teamwork," Herman urges Texans to work together as a team to stop COVID-19 by washing their hands, social distancing, wearing a mask and staying home when possible.

In addition, officials say that four players have tested positive for the COVID-19 antibody. 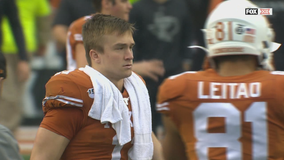 Sam Ehlinger passed for two touchdowns and ran for another to lead Texas to a 49-24 win over Texas Tech on Friday, guaranteeing the Longhorns will at least finish a disappointing season with a winning record. 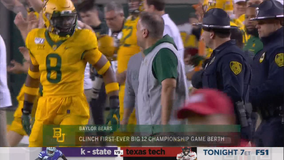 Charlie Brewer accounted for 296 yards and two touchdowns and No. 13 Baylor wrapped up a spot in the Big 12 championship game with a 24-10 victory over Texas on Saturday, a week after the Bears missed a chance to do so with their first loss of the season. 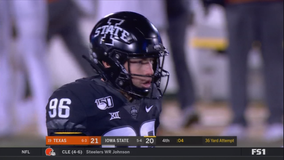 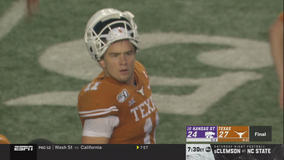 Cameron Dicker kicked a 26-yard field goal as time expired, sending Texas to a 27-24 victory over No. 20 Kansas State on Saturday as the Longhorns maintained their hopes of returning to the Big 12 championship game. 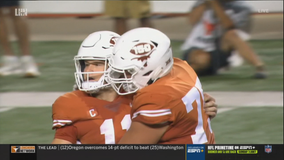 AUSTIN, Texas (AP) — Kansas State is on a roll and making noise in the chase for the Big 12 championship. Texas is reeling and just trying to hang on to its title hopes.