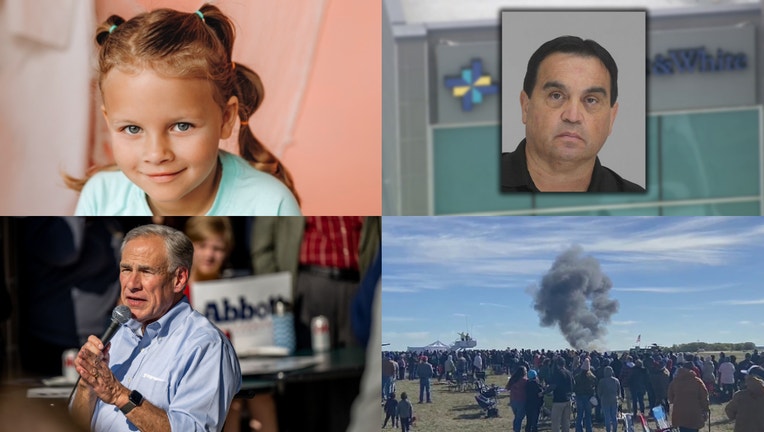 Millions of people read stories on Fox4News.com in 2022.

Our most-read stories of the year included everything from crime to politics to people going the extra mile to help others.

Here are the ten most-read stories on our site for the year.

The sheriff says a tip led them to a FedEx driver, who is believed to have abducted Athena from her home Wednesday night. The driver confessed to kidnapping her. Athena likely died an hour after her disappearance, the sheriff said.

The heartbreaking story of Athena Strand, a 7-year-old Wise County girl killed by a delivery driver on Nov. 30, quickly spread across the country. Stories about the search for Athena, the man accused of killing her and his confession shared thousands of times.

The two healthcare workers killed in the deadly shooting at Methodist Dallas Medical Center on Saturday have been identified.

Two healthcare workers, Jacqueline Pokuaa and Katie Annette Flowers, were shot and killed at Methodist Dallas Medical Center on the morning of Oct. 22. 30-year-old Nestor Hernandez shot both healthcare workers while he was on parole for an aggravated robbery he committed in 2015. He was allowed to go to the hospital for the birth of his girlfriend's child. The shooting raised concerns about hospital security and the criminal justice system.

Officials confirm that six people were killed in the mid-air collision between two historic planes on Saturday.

Six people were killed when a B-17 Flying Fortress and a Bell P-63 Kingcobra collided in mid-air on Nov. 12 at the Wings Over Dallas airshow at the Dallas Executive Airport. The crash happened in front of more than 4,000 spectators and was captured on camera.

A North Texas family says they have a warning for anyone who's buying a home from a builder. Just days before closing on their forever home, their builder backed out. Turns out the builder's contract they were required to sign left them with virtually no protection.

A North Texas family put out a warning for anyone who's buying a home from a builder. Just days before closing on their forever home, their builder backed out. Turns out the builder's contract they were required to sign left them with virtually no protection.

A Chevrolet dealership in Fort Worth will be getting Riley a new Chevy Silverado this weekend. Bruce Lowrie Chevrolet said they were inspired after seeing the viral video to do something nice for Riley and his family.

16-year-old Riley Leon drove into a tornado on his way home from a job interview at Whataburger. The video of his red truck spinning in the storm this March in Elgin has been viewed more than a million times.

Gov. Abbott spoke to a crowd in McAllen on Tuesday night for what he called a "resounding victory."

The battle for governor in November 2022 was our top political story of the year. Governor Greg Abbott was re-elected to a third term, beating Democratic challenger Beto O'Rourke. 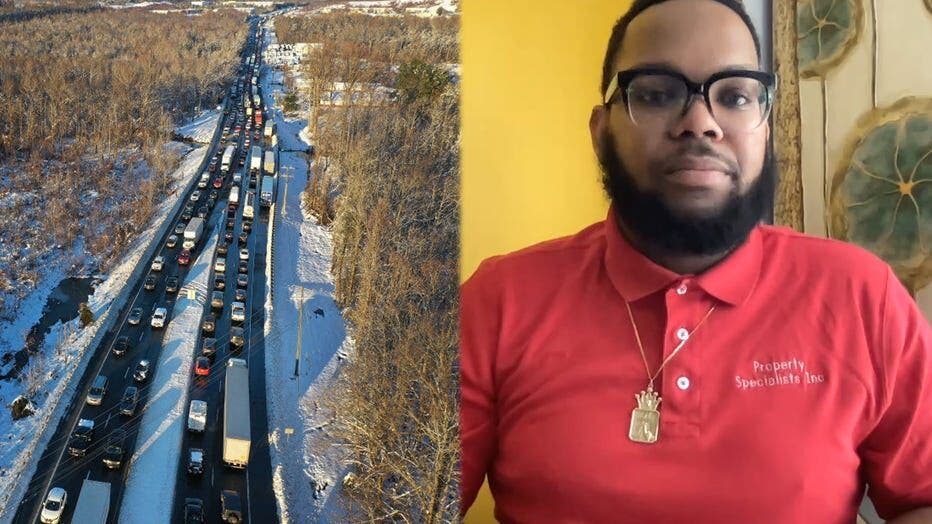 A story out of Virginia took the number seven spot on our list.  DaVante Williams sat for 5.5 hours in his vehicle overnight with a teenage passenger, who he described as "emotional" and "overwhelmed" as they faced the gridlock traffic. Unusually heavy snowfall and plunging temperatures had hit the area between Richmond and Washington, D.C., leading to a calamity on the interstate. Williams bought the teen a hotel room to get some sleep and make alternative travel plans.

The Texas Medical Board temporarily suspended the license of Dr. Raynaldo Rivera Ortiz, Jr. on Friday calling him practicing medicine a "continuing threat to public welfare".

Federal prosecutors say anesthesiologist Dr. Raynaldo Ortiz purposefully poisoned IV bags with dangerous drugs sending 11 patients to the hospital with cardiac emergencies between May and August and killing 55-year-old Dr. Melanie Kaspar. Ortiz was arrested on Sept. 14. He could face life in prison if convicted.

9. Jury Awards $21M to Family of Patient After Surgery Left Him in a Vegetative State

27-year-old Carlos David Castro Rojas went to the hospital for surgery on a fracture in his shin. He now has the mental capacity of a one-year-old child.

27-year-old Carlos David Castro Rojas went to the hospital for surgery on a fracture in his shin. During the surgery Rojas suffered from hypoxic ischemic encephalopathy, a brain injury caused by lack of blood flow and oxygen to the brain. Rojas was left in a vegetative state, unable to do basic things, like communicate or feed himself. He has the mental capacity of about a one-year-old child, but he does express happiness when he is with his mother. A jury awarded Rojas's family $21 million, the decision is expected to be appealed.

Asia Womack's family says she was in a pickup game at the park playing against the guy who is said to have shot her, and she won. The family also says there was trash talk, too.

21-year-old Dallas woman Andrea Womack was shot to death allegedly over the results of a basketball game. Womack was shot and killed on Oct. 3 after playing basketball at T.G. Terry Park. Womack's family said the shooter was a friend. Cameron Hogg, 31, was arrested and charged with murder.