A North Texas family says they have a warning for anyone who's buying a home from a builder. Just days before closing on their forever home, their builder backed out. Turns out the builder's contract they were required to sign left them with virtually no protection.

OAK LEAF, Texas - A North Texas family says they have a warning for anyone who's buying a home from a builder.

Just days before closing on their forever home, their builder backed out. Turns out the builder's contract they were required to sign left them with virtually no protection.

Tracey and Donnell Brundage were days away from moving into their forever home in Oak Leaf, Texas. They had movers booked and even bought a fridge for the kitchen. 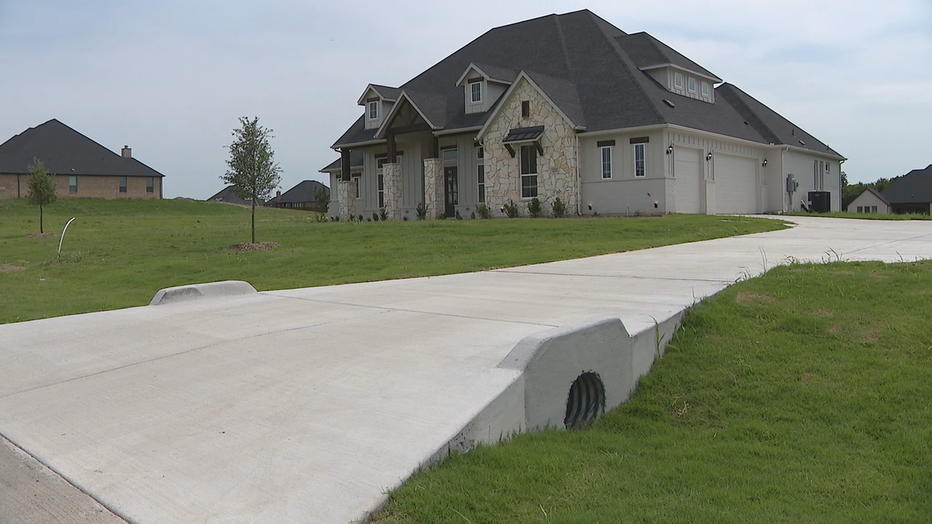 But six days before closing, after the couple spent 16 months on the build, managed months of supply chain delays and spent thousands in escrow and upgrade money, a text message changed everything.

"I hate to be the bearer of bad news, but Glacier Homes/Kindred Homes has decided to terminate the sales contract with you dated 12/15/2020," the text said.

The builder was backing out. A clause in the contract allowed them to "cancel for convenience" and put the house on the market. 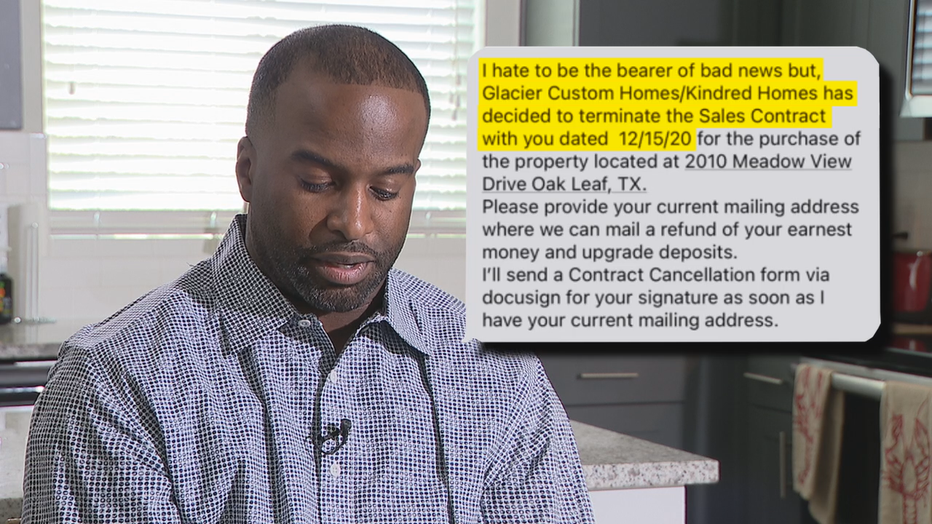 The new price was $300,000 more than the Brundages contracted to buy it for.

Tracey, Donnell and their 1- and 4-year-old sons were about to be homeless.

"I'm still in disbelief even to this day," Donnell said.

The couple is suing Horton Capital Properties, the parent company for Glacier and Kindred Homes.

The lawsuit alleges the builder "coerced the Brundages to sell their home under threat that the building project would not continue and in reliance that Glacier would deliver the final building project."

"It was contingent based on us selling our previous home," Donnell said.

In the seller's contract, Tracey and Donnell agreed to sell their current home before the builder would sheetrock their new house. If they didn't have their house sold before the new build was done, there was an option to pay $2,000 a month in carrying costs to the builder to buy more time.

But in an email from the builder in September 2021, the couple was reminded "you need to go ahead and start working on getting your house sold." Because that pay-for grace period was now gone, it reads "upper management ... will not be granting contingency extensions."

"Our previous home went under contract in less than a week, so that was not the issue at all," Donnell said.

Their buyer gave the Brundage family a lease back so they could stay in their house past the date the builder said their new home would be done.

Then, that day came.

"January of 2022, the house is not even close to being done," Donnell said. "So we move into an Airbnb."

It was inconvenient for the couple and their kids, but they thought it would soon all be worth it when their forever home was done.

Donnell had a pool company design their new yard. 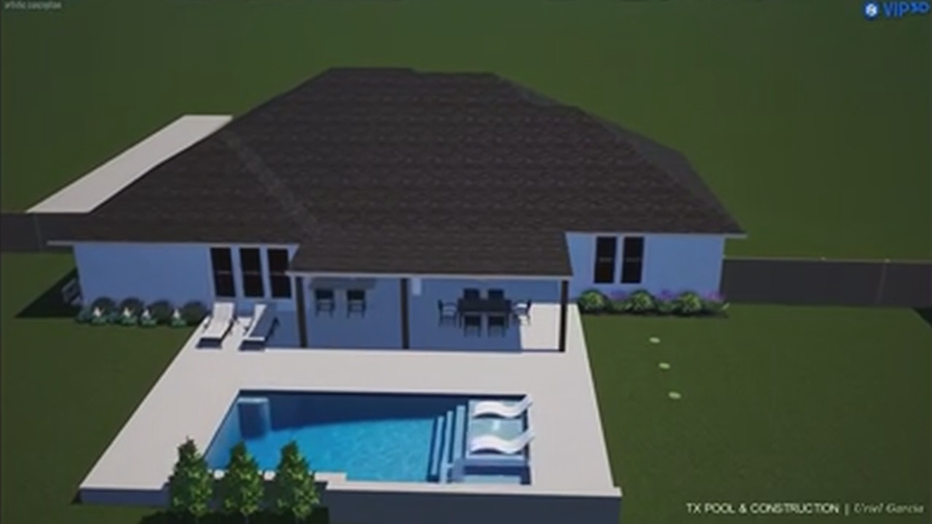 "They actually came out and surveyed the land," he said. "Made us a whole mockup of what they were gonna do."

Then, closing day came on April 15. It was supposed to be the home stretch. Kindred Homes told the couple they needed to move the closing due to a delay.

"There was a delay on carpet which caused them to reschedule closing a week later to April 22," Donnell said.

It was another hassle for the young family. But after 16 months of moving, building and delays, they saw it as just a final speed bump.

Then, that text message six days before the new closing date that the builder was canceling the sale. The escrow and upgrade money they had held for more than a year would be refunded.

"No reason. No nothing. No nothing at all," Donnell said. "Like, can you do this?"

FOX 4 asked attorney Jason Freidman, who is not associated with this case, to review the Horton Capital Properties sales contract.

"This is basically an agreement to hold you hostage," he said. "If you're signing a contract like this, yes, you could be homeless."

Unlike a Texas Real Estate Commission promulgated sales contract which offers protection for both buyer and seller, Freidman says the builder contract, which Horton Capital required the Brundages to sign, left them vulnerable.

It's important to note the contract clearly reminds buyers they can seek independent legal advice before signing. Tracey and Donnell did not.

FOX 4 asked Horton to walk us through the terms. They denied our interview request, saying "it would be inappropriate."

Instead, Horton pointed to the "more than 160 homes" they currently have under contract. They add while "cancelations are not what the company intends" their "contract clearly addresses this possibility" which "can be part of doing business."

"In this contract, I would say there is no protection for the buyer," Freidman said.

Section 10: Termination of the contract says, "seller maintains the right to terminate this contract for convenience and without regard to fault or breach," meaning with no notice and for no reason at all, the seller can walk away — and Horton did. 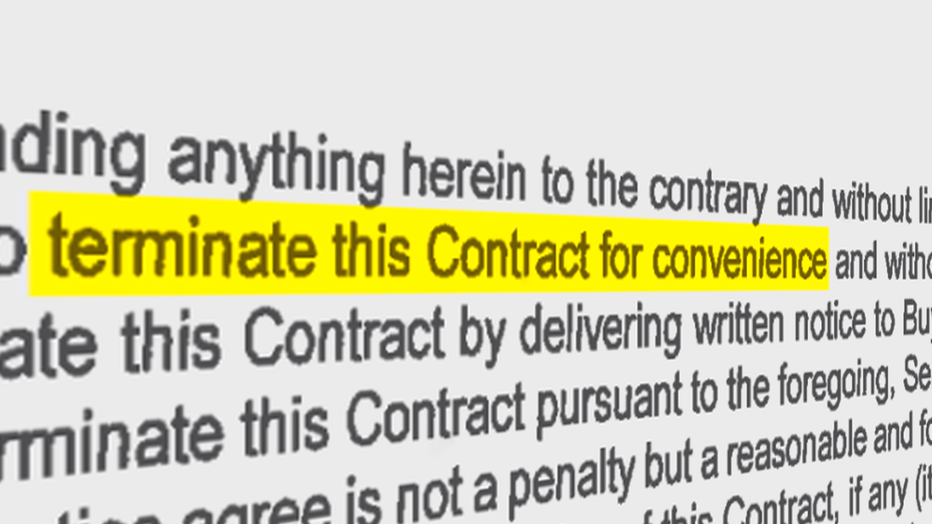 "It's basically a get out of jail free card," Freidman said.

The contract limits damages paid to the buyer to $500.

Try and sue? Not so fast. You've waived your right to a jury trial.

Hold up the house with a claim against the title? Nope. You're not allowed.

Do it anyway? Sorry, you've agreed in advance to allow the builder to remove it.

"It's all right here. Some of it's in bold letters," Freidman said. "They know every angle you're gonna come at you from, and they cut it off here."

So what's the solution?

You could try and negotiate the terms of a builder contract before you sign. You could opt not to buy.

Or like the Brundages, you could find yourself canceled for convenience.

MORE: On Your Side Segments

So why sue if the contract anticipates and blocks your remedies?

A judge could look at the language and decide, while legal, that the terms are so one-sided that they should not be enforced.

A reminder to anyone entering into any kind of contract: it should be reviewed by an attorney.

"The residential real estate market is seeing unprecedented constraints, from material shortages to rapidly rising costs. Like other residential home builders, Kindred Homes has been impacted by these market conditions. With these market conditions coupled with the surge in demand in the DFW real estate market and rising interest rates, buyers feel more stressed than ever with building or purchasing a new home.

It would not be appropriate to comment directly on any specific buyer’s transaction. As of the time of this statement, Kindred Homes has over 160 homes under contract across 22 neighborhoods in Texas. On occasion, factors arise that bring about a decision to cancel a contract. Kindred Homes’ contracts clearly address this possibility. Cancelations are not what the company intends but can be a part of doing business in residential real estate.

It is important to Kindred Homes that our buyers be completely satisfied with the quality construction in our homes. Kindred Homes is focused on building homes and assisting buyers in building a future with their families in their homes." - Carol Horton, CMO