Temperatures will get above freezing Saturday, and will continue to go up on Christmas and into next week.

The morning started in the 40s and quickly dropped 27 degrees in about an hour. Many people spotted snow flurries throughout the day. None of the precipitation stuck on the ground.

Wind chills hit 0 degrees around 4 p.m. on Thursday with winds blowing up to 40 miles an hour.

Crews later announced the man, who did not have identification, died. 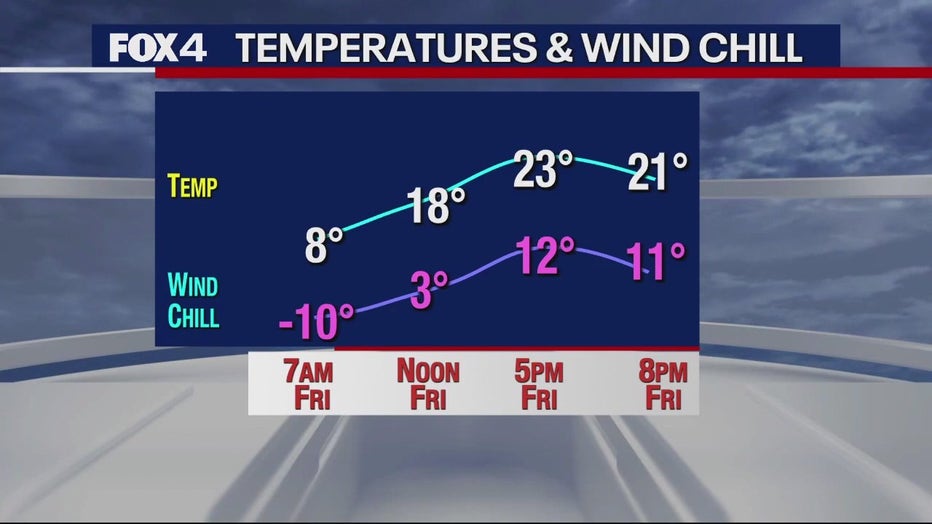 The coldest stretch of the entire forecast was Friday morning. Around midnight is when temperatures dropped to 10 degrees across the Metroplex with the wind chill at -10.

Things were breezy with 20 to 25 mile-per-hour wind gusts.

A Hard Freeze Warning was in effect until 9 a.m. Friday.

The single-digit wind chills remained until about noon.

We saw a few flakes and flurries on our radar, but any flakes evaporated before it reached where we could see them on the ground.

We reached a high of 23 degrees Friday afternoon, but it was colder overnight. 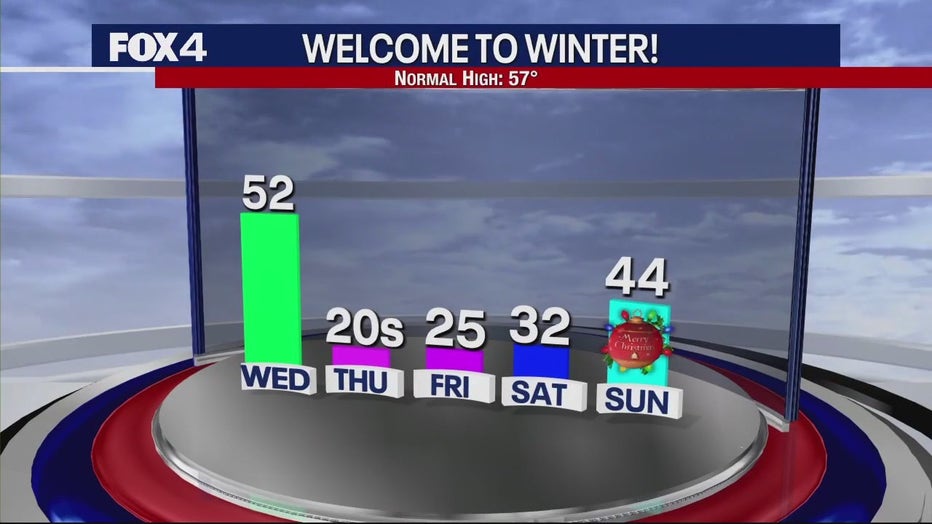 The wind will ease up a bit, but the cold temperatures will stick around. However, the sun will make a brief return.

We will briefly crack the freezing mark Saturday afternoon with plenty of sunshine. Most people will be at or below freezing for 72 hours.

The lows for Christmas Eve will sit at 17 degrees. 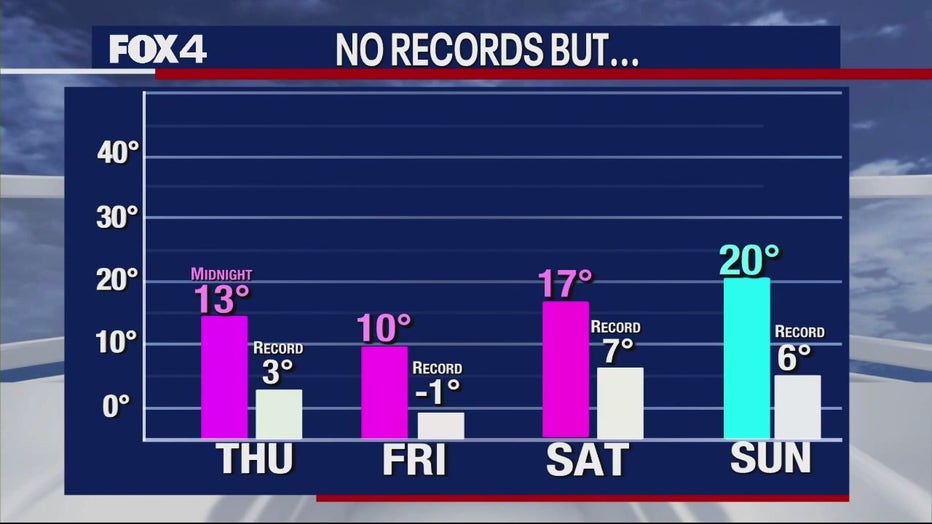 Christmas morning temperatures will still be cold, with lows around 20 degrees. Things will start to warm up a bit during the day on Christmas with highs around 44.

Remember: If your pipes do burst, you may not know it until things thaw out. It could be a busy Christmas Day for plumbers across North Texas if people don't take precautions ahead of time.