Dallas Weather: How to prepare your car for the arctic blast coming this week

Trouble in a car or SUV can leave you stranded in sub-freezing temperatures. Experts say it’s important to get ready now, and those who answer 911 calls for help are doing that as well.

DALLAS - Paramedics and mechanics are some of the first responders getting ready for this winter weather working towards North Texas. The weather is coming when many will be traveling for Christmas.

Trouble in a car or SUV can leave you stranded in sub-freezing temperatures.

Experts say it’s important to get ready now, and those who answer 911 calls for help are doing that as well.

Temperatures by end of the week could be as low as the frigid February of 2021. 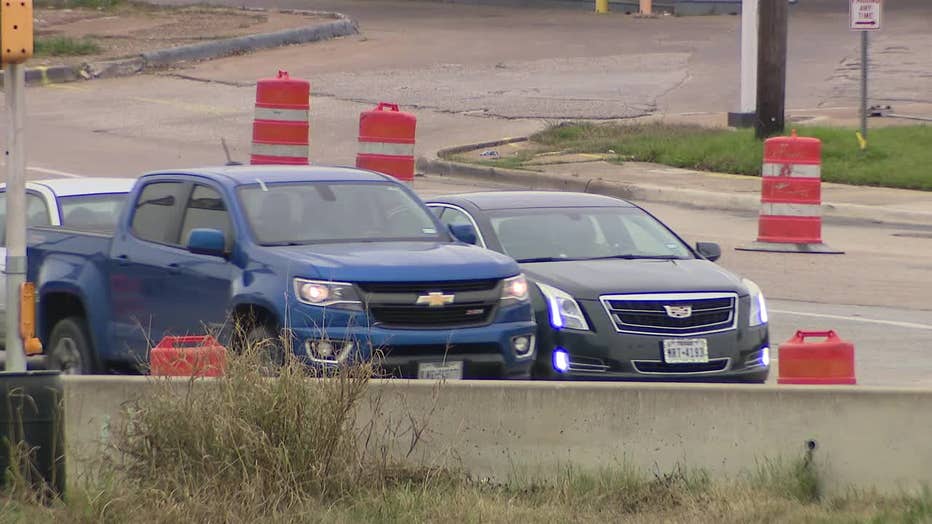 "Over that three-day period, we treated 40 people for hypothermia," said Matt Zavadsky with MedStar. "They ranged from homeless folks to construction workers to elderly residents who were at home who didn't want to turn the heat on to save money."

Those kinds of cold calls become a priority for paramedics.

"We bump up priority to those calls so that we can get to that patient faster and get them into the warm ambulances," Zavadsky said.

"We want to make sure that we've got enough heat packs and IV fluids and blankets on the ambulances and that the crews are dressing warmly," Zavadsky said.

Highways can become harsh ways when there is ice and snow. TxDOT is watching the forecast, but it has no plans right now to pre-treat roadways. They do want you to pre-treat your sprinkler systems by turning them off.

"When those are located near city streets or frontage roads, and they're left on during freezing weather, that can cause an immediate slick hazard to develop and that can cause a lot of issues for drivers," said Kenna Mitchell with TxDOT.

At Dwight and Don's Auto Care in Mesquite, some are getting vehicles checked out by Justin Scott before the cold checks in.

"This one's due for a battery. It's been starting fine. But come here in the next few days, it may not start that great," he said.

Scott says it's important to check your battery's voltage because of extremes: hot or cold takes a toll.

"There's gonna be lots of people with batteries that won't start," he said.

As important as the battery is the anti-freeze.

"This needle shows that this one's good in the -30-degree range. So this cooling system’s perfectly prepared for this weekend.

"With the weather being as cold as it's going to get, it increases the risk for a roadside emergency," said Daniel Armbruster with AAA.

Be prepared with blankets, extra clothes, food in your car, hand warmers and jumper cables. Safety equipment also helps so other drivers see you. 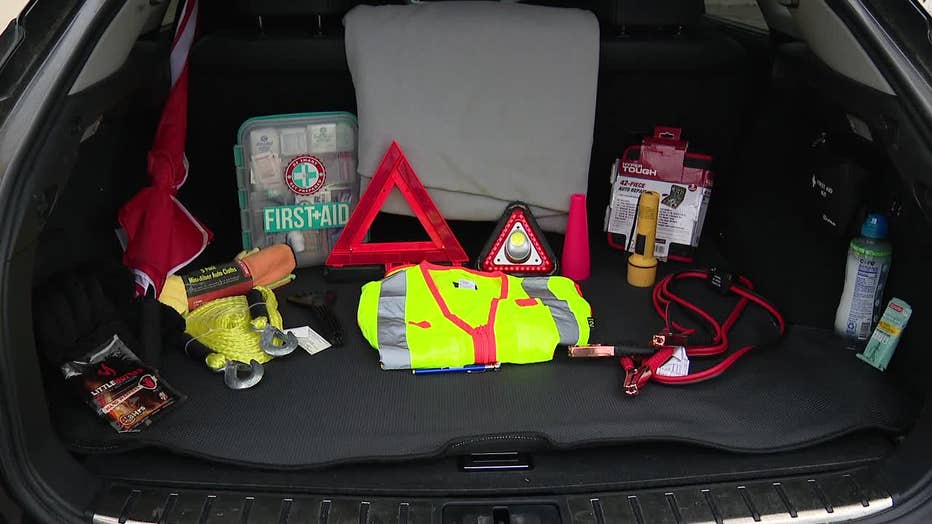 "One way to do that is devices like this that you can put outside your vehicle just so other drivers can see you," Armbruster said. "It's so important to be prepared for that road trip even before you set off."

Emergency management folks are meeting with the media Tuesday to talk about shelter plans that will be implemented during the worse of this winter snap, likely including rec centers and libraries in some areas.