Priscilla Cervantes has no memory of the crash that killed her husband and left her unconscious for days, a crash caused by a suspected drunken driver.

EULESS, Texas - Priscilla Cervantes has no memory of the crash that killed her husband and left her unconscious for days, a crash caused by a suspected drunken driver.

What she is choosing to reflect on is the life her husband lived and his service to the public.

Priscilla says her husband he was a gentleman. He would open car doors for her and even put her seat belt on for her.

Now, she’s speaking publicly for the first time since a suspected drunk driver wrecked their family.

She said she doesn’t recall the vehicle crash in November which led to her being in a hospital for nearly a month.

"No recollection of that," she said.

Priscilla had a broken vertebrae, rib fractures, punctured lung, ruptured spleen, and nerve damage. She was sedated for three weeks. 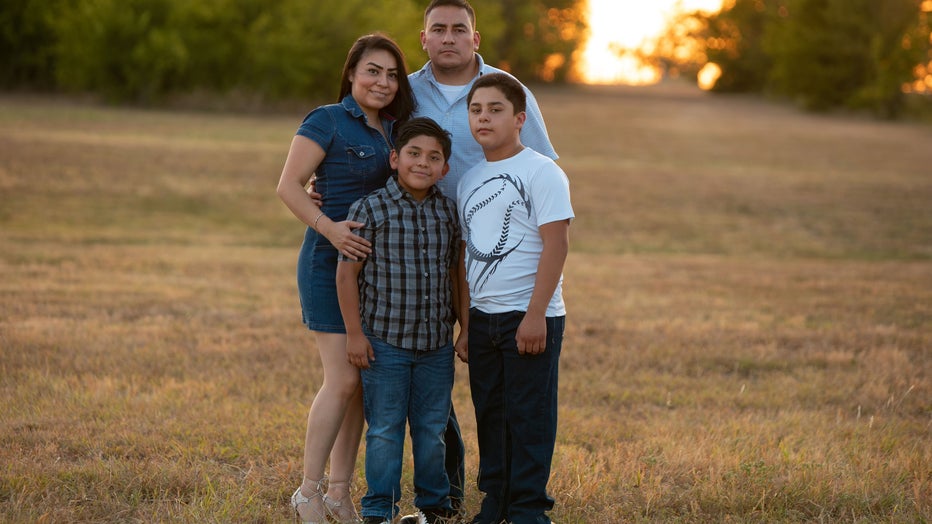 RELATED: Widow of Euless officer killed by suspected drunk driver out of hospital

When she woke up, she was told her husband, Euless PD detective Alex Cervantes, didn’t survive the crash.

"I think it was just hard for me to take in because I couldn’t imagine him not being here," she said.

The Cervantes family was traveling to buy Christmas decorations, when Lake Worth police said Dylan Molina — a suspected drunken driver with a previous DWI arrest — ran a red light while speeding away from a minor crash and t-boned the family.

Police in the Fort Worth suburb of Euless are mourning the death of a detective. He was killed in a car collision and the other driver was arrested.

Their 11- and 12-year-old boys were injured but are OK. They wrote letters to place in their father’s casket. His funeral is this weekend.

The youngest, Jake, had a special message for his dad.

Priscilla added that she knows just how good Alex was.

"I mean, he was just the type of person that wanted to help and bring out the best in whoever he was helping," she said.

He loved putting on a uniform.

"When he put it on, I mean, it was just flawless on him," she added.

She said her Euless police family has anchored her with love. The community, too.

"You know, the letters, the cards," she said.

A sign, she believes, that her husband’s legacy will live on through those he touched.

"At this point, it’s more about getting Alex and putting him to rest and, you know, honoring him more than anything," she said.

The viewing for Alex is Friday, with his funeral the following day, then his burial on Monday.