FORT WORTH, Texas - The wife of a Euless police officer killed in a drunken-driving crash last month is now out of the hospital.

His wife, Priscilla Cervantes, who was injured so badly, was unresponsive for more than a week. She finally left JPS Hospital in Fort Worth on Wednesday after 25 days.

"She has made such a miraculous recovery," said Euless Police Sgt. Scott Peterson. 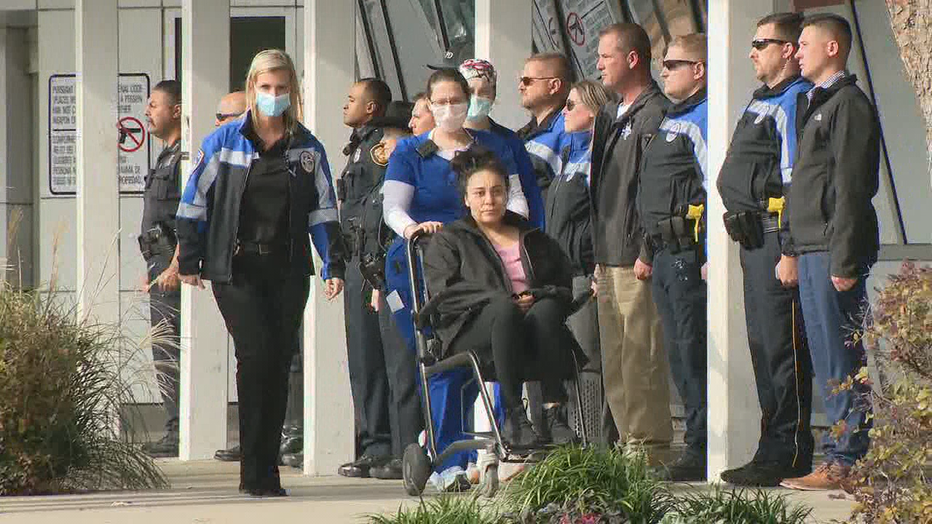 Euless police say the family’s 11- and 10-year-old boys were also injured in the crash.

"Both the kids, physically, will be able to make a full recovery," Peterson said.

"We’ve since learned that Dylan Molina had been previously arrested for DWI," said Lake Worth Police Chief J.T. Manoushagian.

However, an incident report reveals Molina was arrested for DWI by Sansom PD earlier this year. But for some reason, the charge was not officially filed until last week.

As far as the crash that killed Alex, police say Molina was drinking at a Fuzzy’s Taco Shop in Lake Worth and reportedly crashed into a car while leaving. He sped away, ran a red light and crashed into the Cervantes family’s vehicle.

Lake Worth police believe the suspected drunken driver who killed an off-duty police officer was overserved at a restaurant.

Molina tried to run from the crash site, but a neighbor tackled him. A toxicology report shows his blood alcohol content was double the legal limit and he had THC, the active ingredient in marijuana, in his system.

"We remain committed to justice for Detective Cervantes and his family," Manoushagian said.

It’s been a month full of heartache.

But ones close to the Cervantes family are thankful Priscilla will be reunited with her two children for Christmas.

"It is definitely difficult with some of the recovery she still has to undertake," Peterson said. "But to be able to be home with family before Christmas, you couldn't ask for anything better."

Alex’s funeral arrangements have not been set.