Euless police offered some good news on the family of fallen officer Alex Cervantes, who was killed by a suspected drunk driver while driving with his family Saturday afternoon.

LAKE WORTH, Texas - Euless police offered some good news on the family of fallen officer Alex Cervantes, who was killed by a suspected drunk driver while driving with his family Saturday afternoon.

Police said Cervantes' wife and children are improving less than one week after the crash that killed the Euless PD detective.

The Euless police chief said the community's support has been overwhelming, but there is plenty of grieving still ahead of them.

"Just a total and complete shock, just a senseless, senseless waste of life," Euless Police Chief Mike Brown said. "Just the kind of guy that came every day with a true heart for service."

The emotion and sadness was hard to escape as Brown gave an update on the loss of Det. Cervantes, who had been with the department for seven years, after he was killed when a suspected drunk driver crashed into the vehicle carrying the officer’s family. 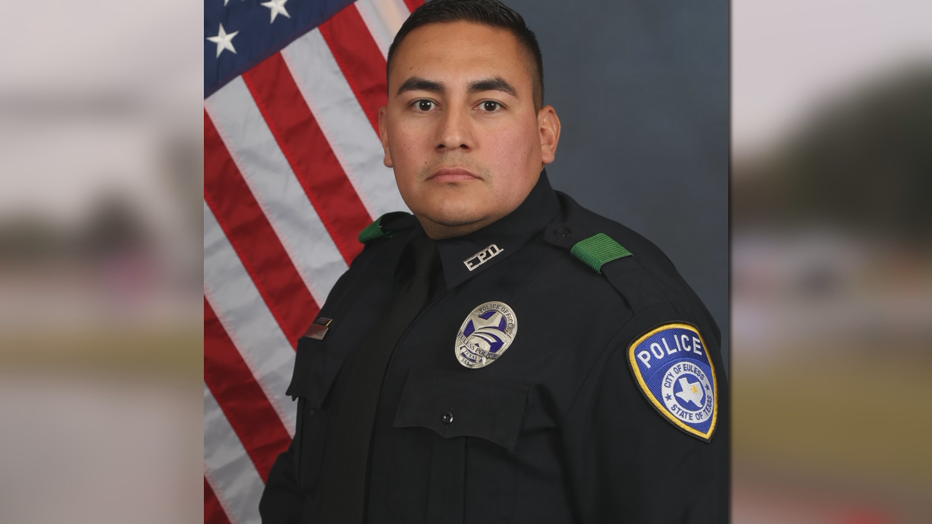 Since the Saturday collision in Lake Worth, Cervantes’ wife has yet to regain consciousness, but her condition is said to be improving.

Chief Brown said the Cervantes’ two sons, ages 10 and 11, are out of the hospital and with relatives as they continue to recover from their injuries.

He added that no decisions about memorial services will be made until Mrs. Cervantes can communicate.

"The family‘s wishes are that no decisions about services and honors be made until she is able to make those decisions," Brown said.

Mementos at a growing memorial highlight the somber fact that Cervantes would’ve celebrated his 37th birthday on November 30, just three days after he was killed. 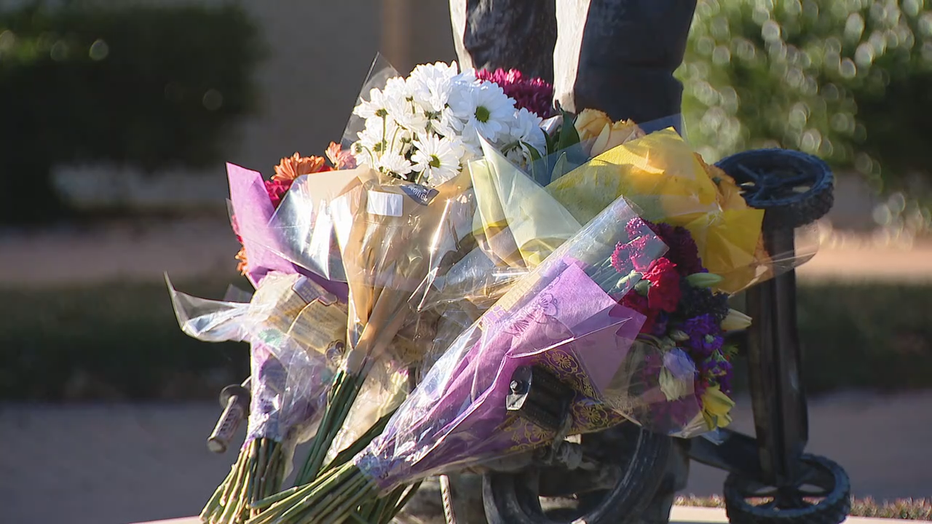 Lake Worth police continue investigating whether suspected drunken driver, Dylan Molina, was over served at a restaurant he’d left minutes earlier. Police said he was fleeing the parking lot after hitting another vehicle.

According to police, Molina admitted to having three double vodka drinks in two hours at Fuzzy’s, but based on records of his spending there, investigators believe he was served more than that.

Also part of the investigation, Lake Worth police called attention to a post on Molina's Facebook account made back in March, a game result speculating he would in the future die "from too much alcohol," and his last words would be "can I have one last shot of tequila."

Euless PD, meantime, are continuing to remember a noble servant.

"As we go those few steps without him, we realize how dependent we were on him for his service and for the essence that made him who he was," Brown added.

The chief also shared more about Cervantes’ background. Brown said he was with the El Paso Police Department for five years before joining the Euless force seven years ago.

Also, the department has established avenues through its social media platforms for the public to make donations to support the family financially.