How to vote by mail under Texas' new law

A new Texas election law is causing some frustration for people who want to vote by mail. Good Day talked to Collin County Elections Administrator Bruce Sherbet about the correct process for submitting a mail-in ballot application and tips to make sure your application isn't rejected.

McKINNEY, Texas - A new Texas election law is causing some frustration and confusion especially among people who want to vote by mail.

The law that stemmed from Senate Bill 1 expands early voting hours but bans 24-hour and drive-thru voting in the state. It also sets new rules for mail-in ballots including new ID requirements.

In Dallas and Tarrant counties, more than 1,500 mail-in applications have been rejected because they were missing information required by the new voter ID law.

In the Austin area, around 50% of the applications for mail-in ballots in Travis County were rejected as of Jan. 13. Williamson County reported its rejection rate was around 40% because of similar issues. 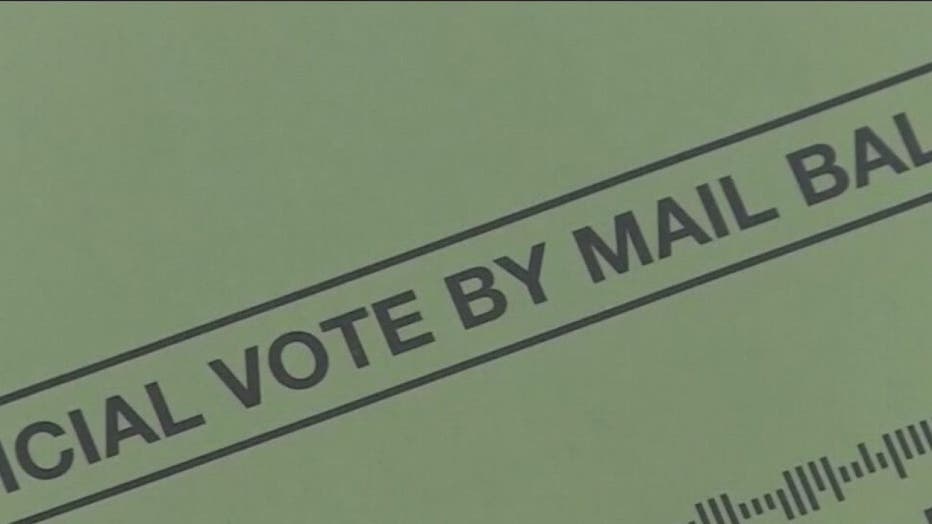 "It’s a new law and a new law can be real confusing to some voters who are applying for their mail-in ballots or returning their voted ballots by mail," said Collin County Elections Administrator Bruce Sherbet. "I think it’s just a public education issue."

To avoid being rejected, Sherbet and other election administrators encouraging people fill in all the blanks on their application even when only one is required.

"Put them all down. It requires either your driver’s license or your Texas ID and if you don’t have that then the last four of your social. Just put both of them down. Look for a place… if you’re voting by mail look for the place where you put those ID numbers and I can promise you it’ll be smooth as glass if you just put those numbers down," Sherbet said.

Voters who want to make sure their application hasn’t been rejected can use the state’s Ballot by Mail Tracker.

It shows whether the application for a ballot by mail was accepted or rejected, and people can follow the prompts in the tracker to correct any mismatched identification information.

Sherbet said his office is also notifying people if there is a problem.

"If we have a problem with a ballot, we will notify the voter and we’ll give them three or four different options of how to cure it and correct it. It’s a really straight forward process. It’s just a learning curve and getting everything in motion right now," Sherbet said.

The Politics of Texas: A look at North Texas primary races

Experts join Steven Dial to discuss some of the spots up for grab in the upcoming primary.

Under the new law, Texans are only eligible to vote by mail if they are 65 years or older, sick or disabled, will be out of the county on election day and during the early voting period, expected to give birth within three weeks before or after election day or confined to jail but otherwise eligible to vote.

Those people are also now required to submit applications for mail-in ballots every year.

Sherbet encouraged those who know they will be unable to vote in person to submit their application in January. It will be good for all elections during the year.

Finally, part of the new law allows partisan poll watchers inside voting precincts and requires live election monitoring cameras that are accessible to the public.

"I think it’s all part of a transparency effort. Senate Bill 1 that was passed in the legislature required counties over 100,000 in population to have cameras in every area where live ballots are processed from the time that we turn them over to the ballot board, when they’re being counted, when they’re being secured," Sherbet said.

In Collin County, those cameras will be live starting about two weeks before the election and will probably continue 24 hours a day until about four weeks after the election, he said.

Friday is the final day to request a mail-in ballot for the Texas primary election.

Early voting started on Monday and runs through Feb. 25.

Election day is March 1 with a potential runoff set for March 24.