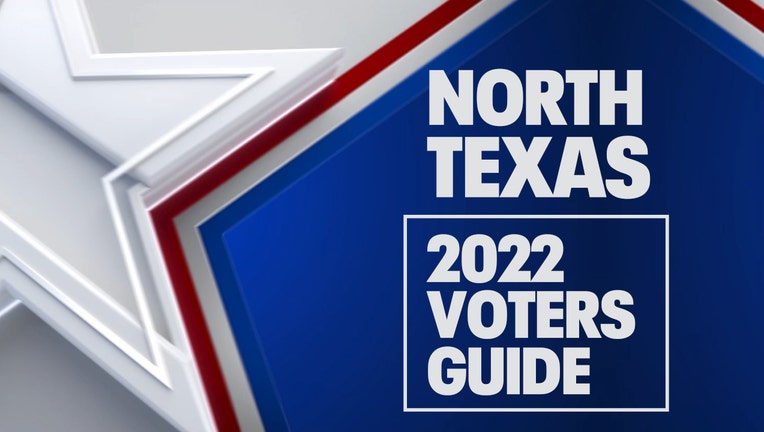 Early voting starts Monday for local and statewide contests. This is a look at some of the most notable and most competitive contests locally across North Texas and how to find voter information in some counties.

While there are five candidates running, observers expect the race to come down to two familiar names – former Fort Worth Mayor Betsy Price and former Farmers Branch Mayor Tim O’Hare. While mayor of Farmers Branch, O’Hare pushed through ordinances banning renting to illegal immigrants, gaining national attention. Courts later deemed the ordinances illegal. Since then, O’Hare moved to Tarrant County and launched the Southlake Families PAC and was Tarrant County GOP chairman from 2016-18. He says he would reduce property taxes and limit government restrictions on businesses like ones from 2020 due to COVID-19. Price just wrapped up a decade in office as mayor of Fort Worth. She is the longest serving mayor in Fort Worth’s history, and she was overwhelmingly elected 5 times. Prior to that, she served as the Tarrant County Tax-Assessor Collector. She says her experience is needed, as multiple commissioners with lengthy histories are stepping down. She wants to reduce property taxes and create mental health services. Robert Buker is a correctional officer and Byron Bradford is a small business owner who spent nearly three decades in the U.S. Army.

The most tenured member of Texas’ U.S. House delegation, Eddie Bernice Johnson, announced her retirement last fall. That opened the floodgates for candidates in what is a safe Democratic seat based in Dallas. A runoff seems likely, as nine candidates are running. Johnson has endorsed State Rep. Jasmine Crockett. She’s still in her first term in the Texas Legislature, and she previously worked as an attorney in private practice. She was frequently in the media after Texas Democrats fled the state to try and block voting rules changes that ultimately passed. Jane Hamilton was President Joe Biden’s 2020 Texas campaign director and has endorsements of several Tarrant County Democrats, including U.S. Rep. Marc Veasey. Jessica Mason is a Navy veteran and is running as a progressive and has endorsements of several left-wing Democrats, like former Ohio State Sen. Nina Turner. Abel Mulugheta is a former legislative staffer and is endorsed by State Rep. Rafael Anchia. There are other names familiar to voters, as well. Barbara Mallory Caraway is a former state representative who has run for Johnson’s seat in prior years. Vonciel Jones Hill a former Dallas City Council member, Keisha Lankford is a current Cedar Hill ISD board member and Roy Williams, Jr. is the former Dallas County Constable.

The January 6 insurrection at the U.S. Capitol is the issue in this primary for a seat that’s based in Collin County. At issue is incumbent Rep. Van Taylor’s vote in favor of creating a commission to investigate the Capitol riot. He was one of two Texas GOP members of the House to do so and one of 35 in the GOP House delegation. Taylor’s main opposition is former Collin County Judge Keith Self, who has hammered Taylor for his vote. Suzanne Cassimatis Harp, an investment bank vice president, has gone even further, attacking Taylor for voting to certify President Joe Biden’s election. The race is being viewed by outsiders as a gauge on voters’ loyalty to former President Donald Trump and the ability of any GOP officeholder to hold those involved in the insurrection accountable.