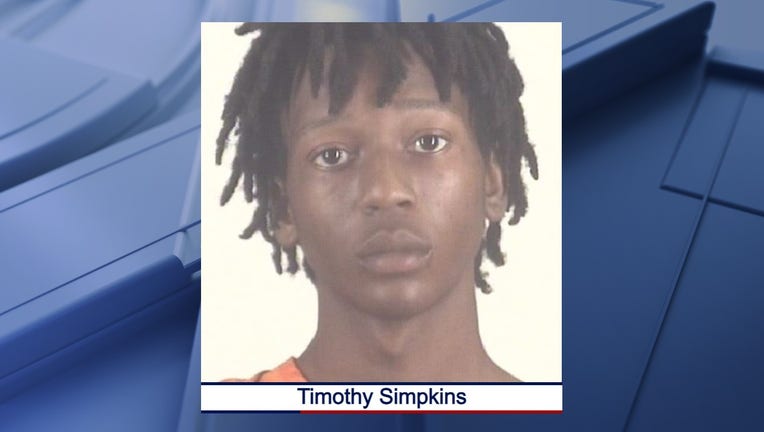 ARLINGTON, Texas - The 18-year-old accused of opening fire inside Timberview High School last October, injuring four people, has been indicted on charges related to the shooting.

Four people were hurt in the shooting, including two teachers and two students. Selby was critically injured but survived. Another student was grazed by a bullet and a teacher was shot. A second teacher, who was pregnant, was injured in chaos following the shooting.

Police said 15-year-old Zaccheus Selby and Simpkins got into a physical fight in a classroom. Others tried to break up the fight, then Simpkins pulled a handgun out of his backpack and shot Selby multiple times.

Simpkins’ family claims the Mansfield ISD senior was being bullied. Police said they were investigating these claims, but the Arlington police chief said he does not believe bullying played any role in the shooting.

Simpkins bonded out of jail just days after the shooting, but court records show he was arrested in December for a bond violation after he reportedly failed a drug - alcohol test.

The 18-year-old student accused of injuring four people in a shooting at Timberview High School in Arlington was released from jail Thursday afternoon.