Students returned to the Timberview High School campus for the first time Tuesday since a shooting last week.

ARLINGTON, Texas - It’s back to class today for students at Timberview High School in Arlington where there was a shooting on campus.

Timberview is in the city of Arlington but in the Mansfield Independent School District. The superintendent said safety and security protocols for the entire district are being thoroughly reviewed.

"We do have a safety and security expert with us on staff. He has been with us for over a year, and he will be an integral part as we move forward and looking at any gaps that may exist within our safety and security protocols," said Superintendent Dr. Kimberley Cantu.

Mansfield ISD said there will be a heightened police presence on the Timberview campus until further notice. 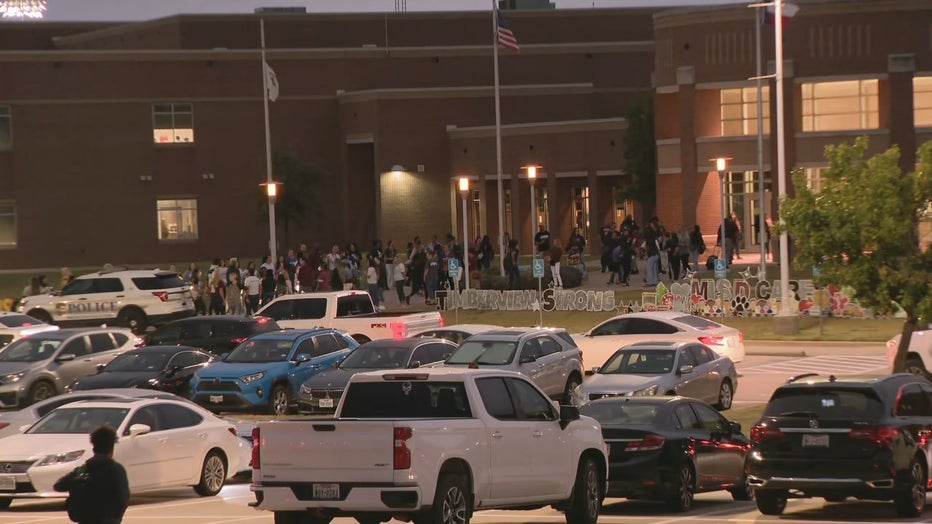 Students are returning to class there for the first time since 18-year-old Timothy Simpkins fired shots inside a classroom, injuring two students and two teachers.

Simpkins has been charged with three counts of aggravated assault with a deadly weapon. He is out of jail on bond.

One of the injured students, 15-year-old Zaccheus Selby, is still in the hospital after being shot multiple times. But his condition is now listed as good.

Teacher Calvin Petit was also shot and is home from the hospital.

Police said Simpkins had been fighting with Selby. Simpkins’ family claims the senior was being bullied. Police and the school district are investigating those claims.

Mansfield ISD has not specifically addressed the bullying claims in this case.

But in a recorded message, the superintendent said that kind of conduct is not tolerated at the district’s campuses.

"We take allegations of bullying very, very seriously. We do have a process in place where bullying can be reported, it can be investigated and action can be taken," Dr. Cantu said.

Cunningham said her son hid under a desk in a separate classroom when the shooting happened. She would like to know that additional safety protocols are being put into place and she is disappointed that she hasn't heard anything about that yet.

"There's a lot of controversy about metal detectors. I'm not even sure how I feel about that. But clear backpacks, no backpacks, are they going to check backpacks?" she said.

Parents and students held a vigil and balloon release on campus Monday night to remember those who were hurt in Wednesday’s shooting.

The superintendent said counseling services the district started offering in the wake of last week’s shooting will continue for students, faculty and support staff for as long as that help is requested.