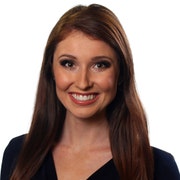 Growing up in Flower Mound, I established a fascination with the broadcast meteorologists that we always watched during severe weather outbreaks. I would be glued to the T.V, with a weather radio in hand, just in case we lost power. I made sure my parents and siblings knew our severe weather safetyplan, even if the forecast called for a slight chance of rain.

Viewers can catch me on Good Day Saturday and Good Day Sunday as the weekend morning meteorologist…bright and early! I am so fortunate to work alongside the number one weather team in DFW!

I attended the University of Oklahoma (home of the National Weather Center and my favorite football team…), and graduated with my bachelors of science in Meteorology and minors in both Broadcast Meteorology and Mathematics. Oklahoma is the severe weather hub of the United States, and I was fortunate enough to land a couple of internships during the peak of those four severe weather seasons while I was in school. I interned at NewsOn6 in Tulsa and News9 in Oklahoma City, learning from two incredible chief meteorologists before graduation. At the same time, I was a weather anchor for our own student-produced newscast called OU Nightly. We won a student Emmy for the best newscast my senior year. I learned the ins and outs of this business from veteran directors and producers before I graduated in May of 2017.

My first job took me to Waco, Texas where I worked as the weekend morning meteorologist. Less than two months after starting my job, Hurricane Harvey hit the Texas coast. When the outer bands swept across central Texas, I was thrown into the fire…covering countless tornado warnings and overnight flooding threats for our southeastern counties. I was also able to experience “Texas” ice storms while in Waco, and let’s not forget about severe weather season! Waco was an incredible place to start my career.

Fast forward a little over a year, and I am now able to call Dallas my home…again! My hobbies include running, watching college football, finding new restaurants (since I’m a horrible cook…) and meeting every dog on my block! Texas is my home, and Dallas is my dream! Thank you, North Texas for welcoming me home with open arms. 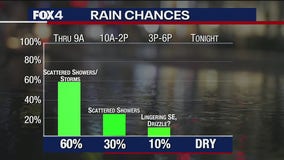 Meteorologist Kylie Capps gives an update on the storms and cold front in the forecast for Friday. 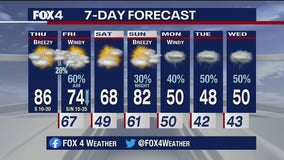 Meteorologist Kylie Capps says we'll see more of the same on Thursday and then the colder weather returns. 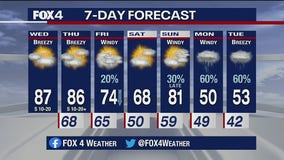 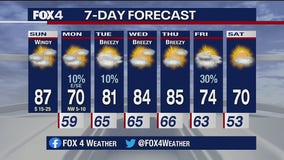 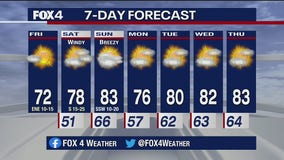 Meteorologist Kylie Capps says it will really feel like fall this weekend. 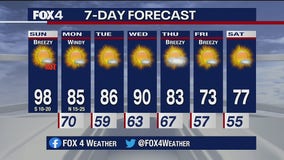 We will be unseasonably hot on Sunday in North Texas. 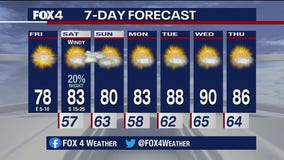 Make plans outdoors this weekend if you can. Meteorologist Kylie Capps gives details in her forecast. 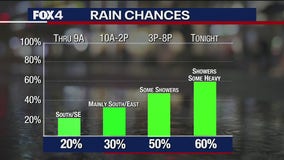 Meteorologist Kylie Capps talks about Tropical Storm Beta and the chance of some rain in the forecast. 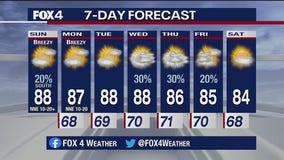 Sunday is the day average highs fall into the 80s, and they should stick around for a while. 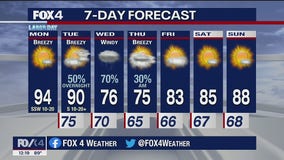 Meteorologist Kylie Capps talks about Labor Day heat and a cold front that's in the forecast.