"Had my child been at Timberview, I don’t know how I would’ve responded," Ridley said. "How can she be protected if she is around those types of things."

The church hosted the Faith and Blue Community Event, centered around holding a conversation on preventing youth gun violence.

At center stage was Arlington Police Chief Al Jones, who is making it his mission to turn the corner on tension between police and the community. 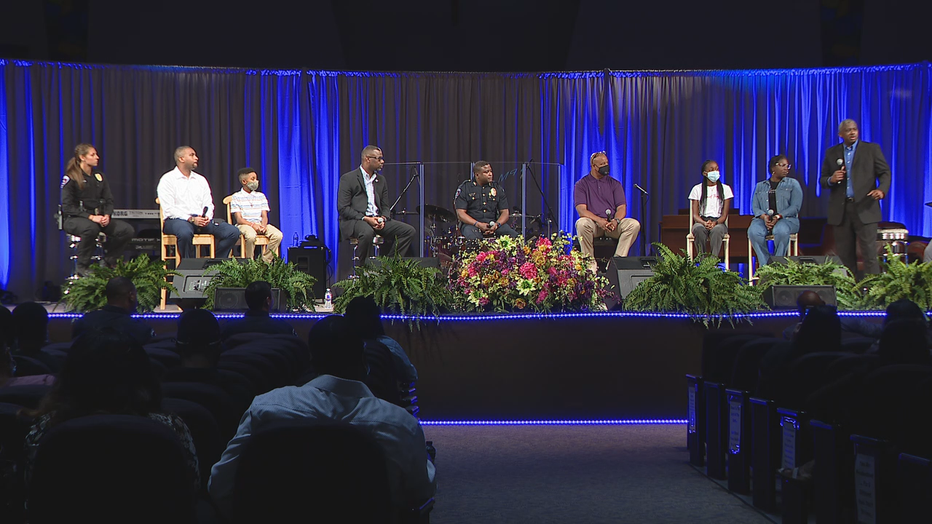 The department confirms gun violence among teens continues to be on the rise.

According to Arlington police, homicides are down but shootings are up.

"We have 16 homicides this year, and the majority of those homicides are people under the age of 18," Jones.

Since April, Arlington police have seized 116 guns in the city.

In about half of Arlington’s gun theft cases, investigators are tracing the firearms back to car burglaries.

"We have to figure out how to get these guns out of these kids’ hands and prosecute people who provide these guns to these kids and hold them accountable," he added.

Sunday’s dialogue comes less than a week after the shooting at Timberview High School in Arlington.

A student, 18-year-old Timothy Simpkins, is accused of opening fire in a classroom after a fight broke out.

A 15-year-old student and a teacher were both shot and hospitalized.

Another student was grazed by a bullet.

Simpkins’ parents claim he was being bullied.

Chief Jones said the bullying allegations are still being investigated.

"We are still digging into it," he said. "We haven’t been able to say oh we are going to release this, but we are making progress."

In the meantime, Arlington PD, along with educators, touched on the power of monitoring social media Sunday, as well as tips on conflict resolution with young minds in the audience willing to listen.