2021 Texas Winter Storm: A look back and a look ahead

As we prepare for the first ice and snow event of 2022, state leaders insist we are better prepared than one year ago. FOX 4's Blake Hanson has a look back at what caused the deadly power outages and a look ahead to what Texas is doing to prevent it from happening again.

DALLAS - It’s the storm by which future winter storms in Texas will be judged against.

And while Texans prepared, few had a sense of how prepared they would need to be.

"Yeah, just in case something crazy happens. I don’t anticipate that, but you never know. It’s best to be prepared, I guess," one North Texans said in the days leading up to that deadly storm.

During the second week of February 2021, meteorologists’ models started to hone in on a blast of frigid air and winter weather covering a vast swath of the state.

As we approach the one-year anniversary, FOX 4’s Blake Hanson sat down with meteorologist Ali Turiano.

"About a week out we were already discussing the potential for some serious cold air, something we haven’t seen in decades," she said.

"I think typically we’re so used to having a quick shot of cold air a day or two. People are using their heat or if there is now on the ground, a lot of folks don’t even go in to work on those days so it doesn’t impact folks as much. But this was an extended period of time where not just below freezing temperatures but subzero temperatures and that’s not something we see very often here," Ali said. 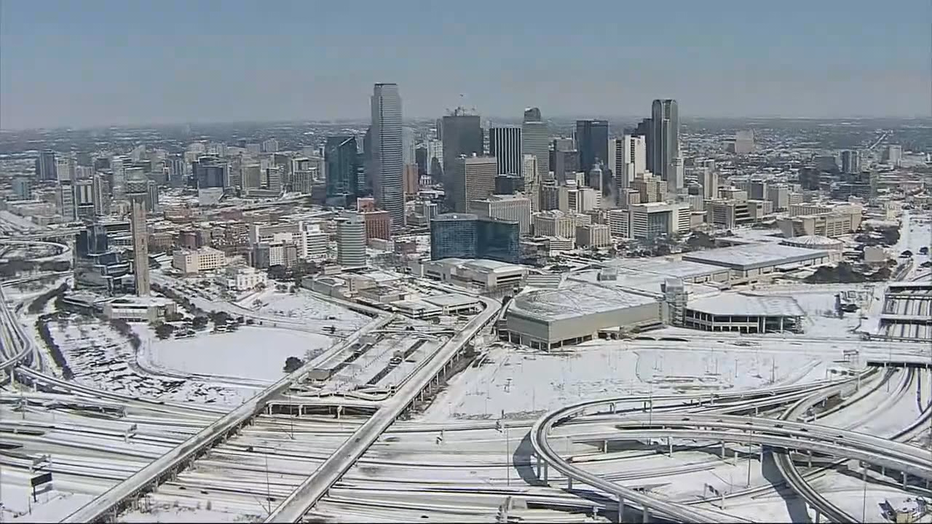 Shortly after midnight in the early hours of Feb. 15, the Electric Reliability Council of Texas, the organization that manages the state’s electrical grid, issued an emergency alert.

But it quickly became clear for many Texans that the power was not rotating.

The grid was unstable.

The Federal Energy Regulatory Commission reports more than 4.5 million people in Texas lost power – some for as long as four days.

RELATED: Abbott: ERCOT is well-prepared for winter storm, roadways could be hazardous

And with the frigid temperatures, pipes began to freeze and tragically, people did too.

According to state health officials, 246 people lost their lives. Nearly two-thirds of those deaths were from extreme exposure to cold.

During the state legislative session that followed, lawmakers probed the root causes of the failure including the legislature’s own failure to act after a 2011 storm to require power generators to winterize.

While demand hit record levels, supply of power fell. At one point, nearly 50% of power generation was knocked offline.

Frozen precipitation knocked out wind turbines. The largest chunk of power generation knocked out was from generators that use natural gas, many because they couldn’t get the gas they needed due to freezing temperatures.

State regulators now require power generators to winterize. However, requirements for gas suppliers are still a work in progress.

It’s left some uneasy going into this winter.

Gov. Greg Abbott and energy officials have all pledged the lights will stay on this time.

"So, we are currently in a La Nina. We were last year as well for the entire winter. So, we have been in a long enough phase for over a year now. Typically – and I say that with air quotes – typically it means a drier and warmer than normal winter," Ali said. "But about 25 to 35% of the time, we could see the opposite of that or a time of the winter where it’s different than that. And that’s exactly what we saw last winter where both January and December were above normal or at least closer to normal. And then most of February was actually at or above normal. But it was that one week where we were extremely cold."

And with climate change over time, she believes Texas could see more extremes.

Only time will tell whether enough has been done to prepare the Texas power grid for those extremes.