DALLAS - Some North Texans are making preparations for this week’s winter weather just months after completing repairs from last year’s winter storm that cost billions of dollars in damage.

Homeowners like Season Pokoj are gearing up for this week’s expected winter weather, especially after what they experienced during last year’s winter storm.

"It just went all down this way and collected down here. And when I woke up, there were four inches of water," she recalled. "I can’t do it again. I can’t do it. I cannot go through that again because it was awful."

Pipes burst in Pokoj’s home, and she spent two hours with neighbors pushing buckets of water out of her home. It took five days to dry out. 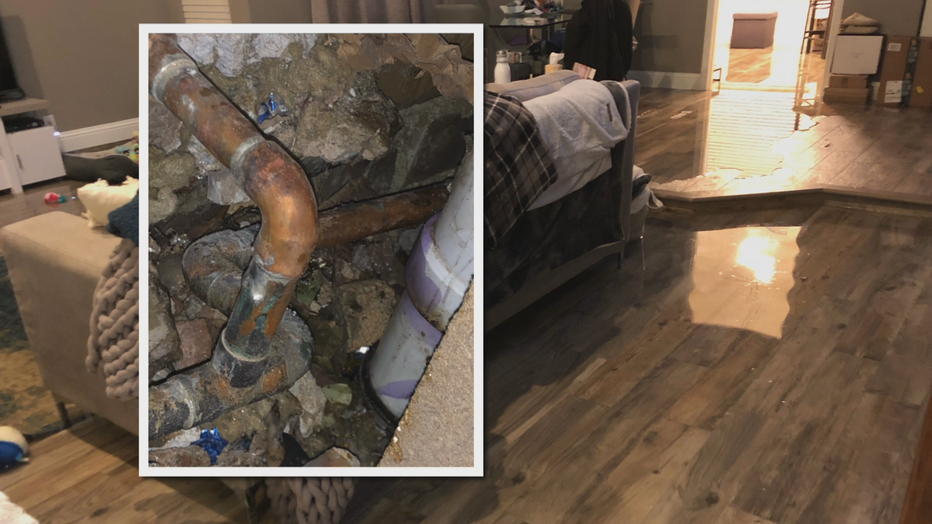 In the end, the damage cost more than $50,000 in repairs. It was a hefty price Pokoj is hoping to avoid this time.

"I made sure I have four space heaters I’m going to put towards the exterior walls," she said. "When they redid my kitchen, I had them double insulate every single pipe."

The shelter, which serves domestic violence victims, also had extensive storm damage. It displaced more than 100 women and children, forcing them into a temporary shelter at a church and hotel for five months.

Repairs were completed last summer with some new additions to protect against winter weather.

"Pipes are now insulated. The fire suppression system is a little bit different. The generator is there," Sterling said. "There's a little bit more insulation in other parts of the building, and some new windows have been put in."

Some of the upgrades were delayed by supply chain issues and price increases. But the shelter’s new generator, donated by Mark Cuban, is expected to be up and running soon.

"We have communicated very closely with our teams who are installing it that it must be fully operational by Wednesday as we anticipate this big storm or this big freeze that's coming this week," Sterling said.

The organization is also making sure there is enough food supply for their families to last at least a few days if needed.

"I like to say that there a silver lining in that horrible winter storm that we were able to get our building safer and warmer for our clients and have not suffered that severe damage," Sterling said. "We probably wouldn't have gotten as modern as we have been able to."

Some homeowners say even with the upgrades and extra protection, they still plan to take precautions like wrapping pipes, keeping faucets dripping and opening cabinets to prevent damage.