North Texas will get above freezing Saturday, with a sunny day ahead.

DALLAS - The sun came out across North Texas on Friday and Saturday, with temperatures rising just above the freezing mark.

Wind chills were still keeping the feels-like temperatures in the upper teens and low 20s across the region on Friday.

With the winter storm system moved out, it’s now all about getting some sun and warming up enough to melt the snow and ice that’s accumulated on roads. 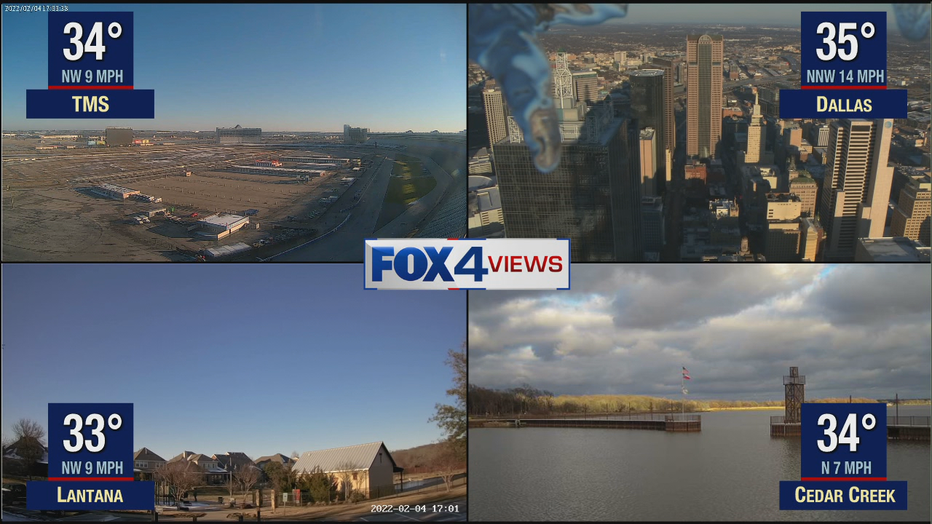 FOX 4 Views across North Texas at 5 p.m. on Friday. The sun was out and temperatures throughout the region climbed above freezing for several hours.

Temperatures throughout the region climbed above freezing for several hours on Friday afternoon, helping thaw and melt snow and ice.

Saturday is expected to be sunny with highs around 40 and southwest winds 5 to 10 mph. Saturday night will be mostly clear and cold with lows around 20.

Sunday should also be sunny, with highs in the mid-40s.

It's risky to get out on the roads. The Texas Department of Transportation is working to change that. Val Lopez, a spokesman from TxDOT's Fort Worth district, gives an update on the progress.