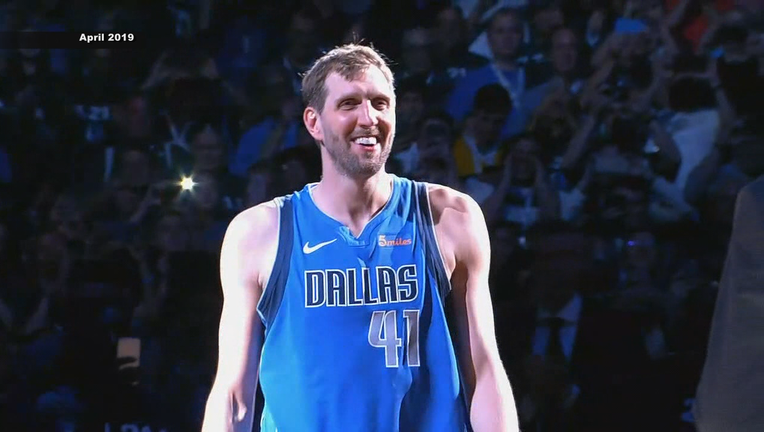 DALLAS - The Dallas Mavericks will honor their greatest player shortly after the new year arrives.

According to multiple reports, the Mavs will retire Dirk Nowitzki’s number and jersey on Jan. 5.

Dirk’s No. 41 will be lifted to the rafters of the American Airlines Center to join other Mavericks legends like Brad Davis, Derek Harper and Rolando Blackmon.

He retired in 2019 after playing all 21 seasons of his career with the Mavericks. He led the team to a championship in 2011 and was recently picked for the NBA’s 75th Anniversary Team.

Dirk rejoined the team as a special advisor over the summer and was involved in the search for a new general manager and head coach.

Dirk Nowitzki returning to the Dallas Mavericks as special advisor

Luka Doncic, Dirk Nowitzki become first Mavericks to be on the cover of NBA 2K game

Dirk Nowitzki talks about life at home a year after retiring