Dirk Nowitzki adjusting to life at home after basketball

Dallas Mavericks legend Dirk Nowitzki talked to FOX 4's Mike Doocy and Sam Gannon about his life at home after basketball. He also talked about a recent incident where a former Mavs player came to his rescue.

DALLAS - Dallas Mavericks legend Dirk Nowitzki is adjusting to life at home a year after wrapping up his NBA career.

The NBA superstar talked with Mike Doocy and Sam Gannon on FOX 4’s Free 4 All.

He talked about the challenges he’s now facing off the court with a shelter-in-place order in effect in Dallas and more time at home than ever before.

Dirk is also dealing with the challenges of having three kids at home too. 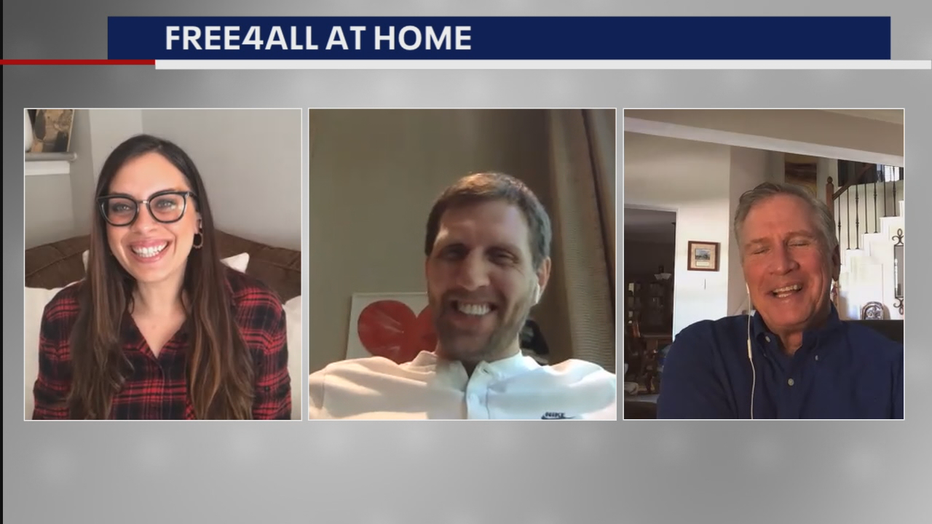 “I’m enjoying the time. Obviously this is a difficult time for everyone but, you know, I’m trying to stay positive. The kids understand the decision a little bit. Trying to enjoy the time and make the best of it really. You can’t just, you know, sit at home and watch the news. It makes you super sad about what’s going on in the world,” he said.

Dirk said he’s been having fun with his family since retiring at the end of last season.

While he’s sheltering in place, he said unloading the dishwasher and making the bed are his chores.

He also said homeschooling is a lot harder than it sounds.