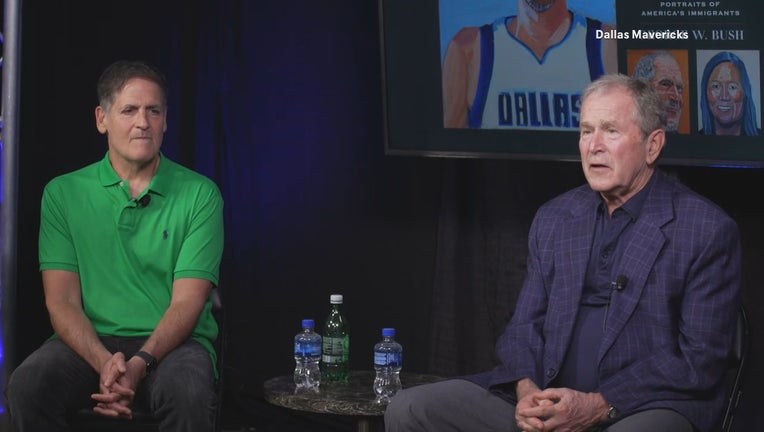 DALLAS - Former President George W. Bush joined some of the Dallas Maverick’s most recognizable faces to talk about the importance of immigration at last night’s game.

Bush sat down with Mavs legend Dirk Nowitzki and owner Mark Cuban to talk about how immigrants contribute to American society. Their conversation was shown inside the American Airlines Center during halftime.

Bush’s oil painting of Nowitzki is one of several featured in his new book featuring the stories of immigrants. Nowitzki is a native of Germany.

"I had heard Mark talk about Dirk’s contributions to Dallas when he retired and I started looking into it. And this is a man who was not only famous but should be more famous for how he’s helped people," Bush said. 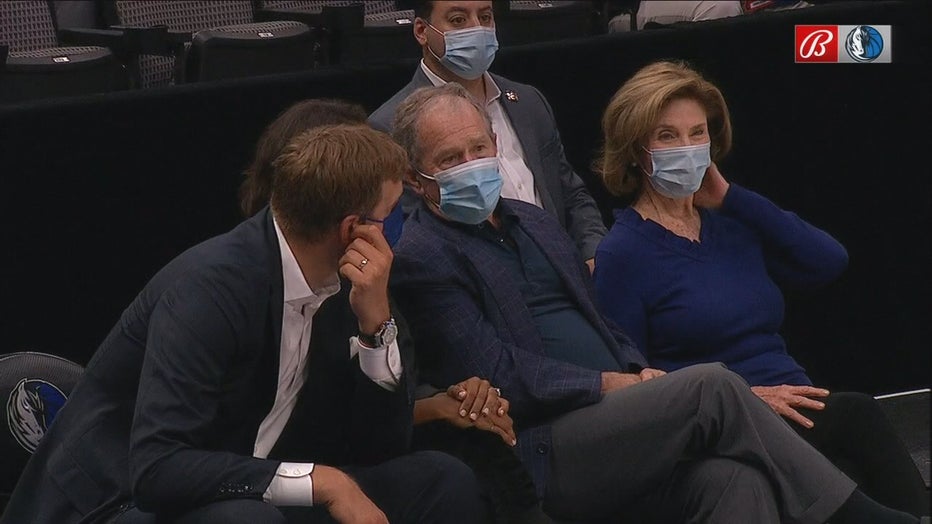 Bush also got to meet current Mavericks superstar Luka Doncic, who is from Slovenia.

The team posted a picture of the two with the simple message "W."