With chaos in the Dallas Mavericks front office, the hope is Dirk Nowitzki will stabilize things. He'll help the team search for a new general manager and head coach.

DALLAS - The Dallas Mavericks will get help from the franchise’s most loved player as it searches for a new general manager and head coach.

The Mavs power structure looks a lot different than it did one week ago when a shocking article came out in The Atlantic.

It said Bob Voulgaris, an analytics guy in the team’s front of office, had much more power than many thought he should have, maybe more than the general manager and the head coach.

By Wednesday, long-time GM Donnie Nelson was gone. The team’s news release said both sides decided it was time to part ways but reports later said he was fired. Nelson has not commented either way.

Mavs owner Mark Cuban was on the record praising Nelson for his accomplishments but it’s certainly was not unreasonable to wonder if Nelson was one of the sources in the article critical of Voulgaris.

According to the article, Voulgaris went so far as to dictate the starting lineup for Coach Rick Carlisle.

Carlisle on Thursday resigned, or at least that’s how the team framed it in a statement to ESPN. 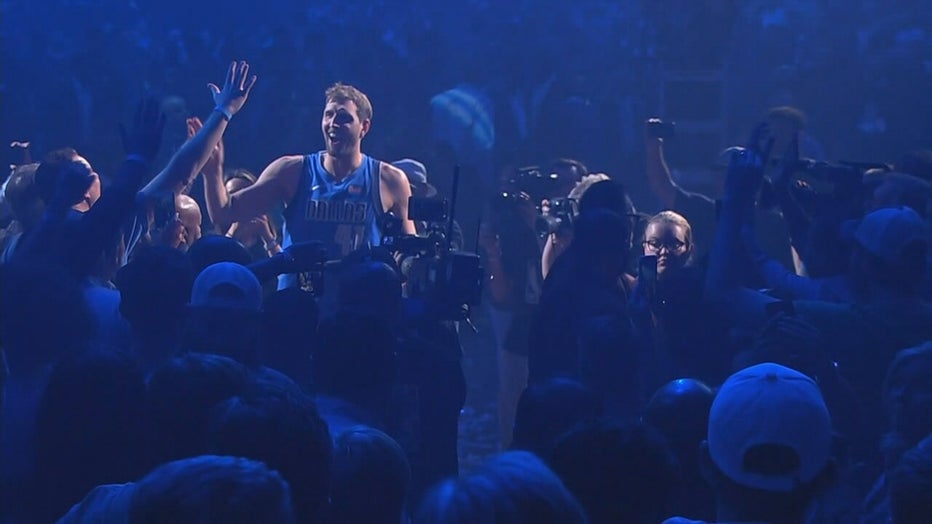 He’s been the Mavs head coach for 13 years and had a title in 2011 but no playoff series win in the past 10 years.

The team’s week was salvaged somewhat by Friday’s announcement that former player Dirk Nowitzki agreed to join the team as an analyst and will help to hire a new general manager and ultimately a new head coach.

It’s not strictly a PR move. Nowitzki will have real input. But bringing him back certainly gives the franchise a boost when it needs one.

Cuban said the general manager will be hired first and that GM will have a huge say in hiring the new coach.

GM candidates are likely to include Michael Finley, who is currently a member of the Mavs front office, and long-time Toronto executive Masai Ujiri, who is a free agent right now.

But if Voulgaris is still lurking in the Mavs front office, it’s hard to imagine that Ujiri would come to Dallas.

After a turbulent week is the Mavs front office a mess? Maybe. Does that mean these moves were necessarily a mistake? Absolutely not. You can’t go without a playoff series win for 10 years and just leave things the way they are.