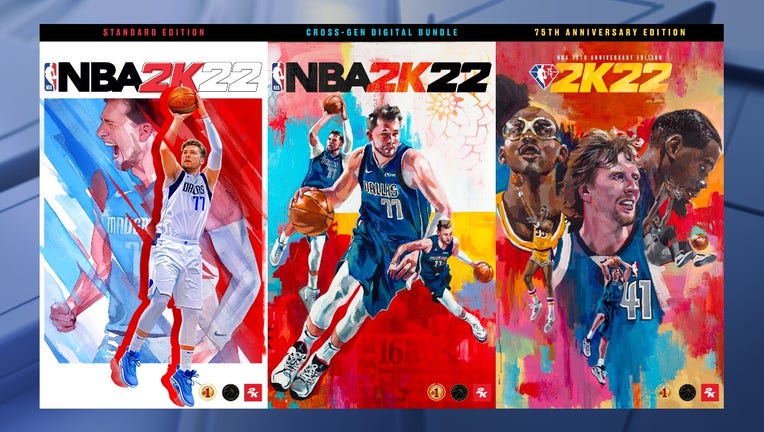 Dallas Mavericks point guard Luka Doncic and Mavs legend Dirk Nowitzki will grace the cover of NBA 2K22, becoming the first Mavericks to be on the cover of the game.

Dončić was named cover athlete for the game’s regular edition, while Nowitzki will join Kevin Durant and Kareem Abdul-Jabbar as cover athletes for the NBA 75th Anniversary Edition.

Both Doncic and Nowitzki tweeted out that it was an honor for them to be on the cover.

"Making the global cover of NBA 2K22 is special for me," Dončić said in a release. "I’m proud to represent my country in a special cover that honors the colors of the Slovenian flag. Basketball has given me so much, and I’m excited to give back and work together with 2K Foundations this year to help the lives of young kids around the globe."

Candace Parker will also make history by becoming the first female basketball player on the cover of a game for the WNBA 25th Anniversary special edition.