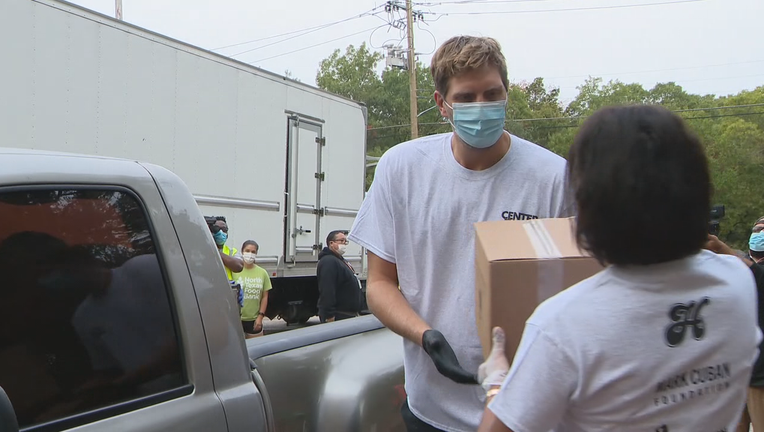 DALLAS - The Dallas Mavericks have made it a team effort to feed hundreds of families in Dallas. Even former player Dirk Nowitzki is helping out.

Dirk was among the volunteers handing out boxes of food for the Center Table Harvest Food Drive Thursday morning.

“I learned from experience that it actually does matter for your outcome what you put in your body. So I probably changed my diet when I was about 27, 28. I think it really prolonged my career. It made me feel better. I played until I was 40, 41 almost. That wouldn’t have been possible without a healthy diet. I think it’s, you can’t learn stuff like that early enough,” he said.

The Mavericks helped people in need Thursday at the Mark Cuban Heroes Basketball Center in Dallas. Dirk Nowitzki was there too.

The event was sponsored by several organizations at the Mark Cuban Basketball Center in East Oak Cliff. It was open to people in the surrounding neighborhoods.

Families also received vouchers for a turkey for the holidays.