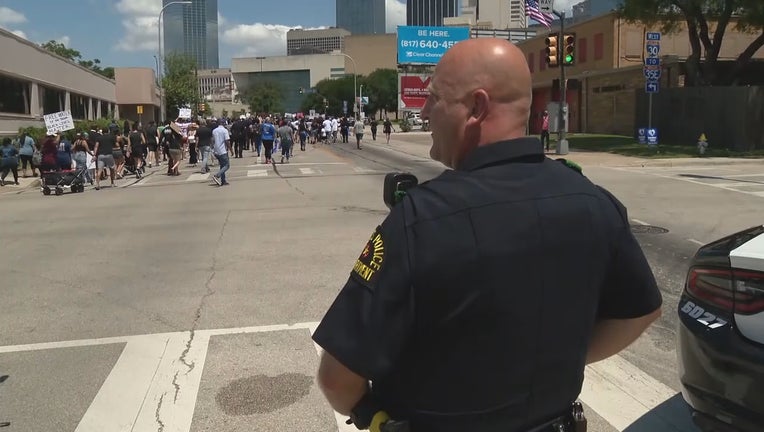 DALLAS - The Dallas City Council will soon take up the next budget with revenue losses from the pandemic and calls from activists to defund the police.

But the city manager's proposal does not raise taxes or cut the police budget.

Dallas City Manager T.C. Broadnax says he's presenting city council with a balanced budget for the next fiscal year despite a huge economic hit from the ongoing pandemic. He reaffirmed that the property tax rate adopted for this fiscal year will remain the same.

The $3.8 billion budget focuses a lot on public safety. The city manager says there's money to hire 150 additional Dallas police officers next year, but the overall number of officers will likely be down because of attrition and restrictions on class sizes for the academy.

Broadnax says protests after the death of George Floyd guided some of the public safety recommendations.

The city is expanding the Right Care pilot program, which pairs a Dallas police officer with a paramedic and social workers to respond to mental health calls.

The city is also adding staff to code compliance and hiring 21 firefighters.

“I'm really excited about this year's budget understanding that we are in a pandemic and our revenue is down,” Broadnax said. “I do recognize that our city council expects us to find ways to be more effective and more efficient. I think we've met that challenge. I'm excited to talk about it with the mayor and city council in the coming weeks.”

In order to help balance the budget, the city manager asked every city department head to trim their budgets by 10 to 13 percent.

“The second piece that makes this budget is we are in the midst of a pandemic and do still have federal funding to pay for some of our expenses in terms of responding to the pandemic,” she explained. “Like public safety salaries next year will be covered by that federal funding.”

Reich says some city departments will merge to help save money. The city is also not giving any merit raises.

The city council will discuss the budget in the coming weeks.