A pilot program in Dallas has already been teaming officers, paramedics and social workers. Those who are part of the program say it’s working.

DALLAS - The president is expected to sign an executive order on police reform on Tuesday. It will include certifying officers, creating a database to track bad officers and programs pairing officers with social workers.

A pilot program in Dallas has already been teaming officers, paramedics and social workers. Those who are part of the program say it’s working.

The pilot program started in 2018 and was the first of its kind in the state of Texas.

Dallas police officers still respond to the scene for the safety of the team and public. But it's often the social worker who takes on the primary role. The approach to responding to certain 911 shows promise. 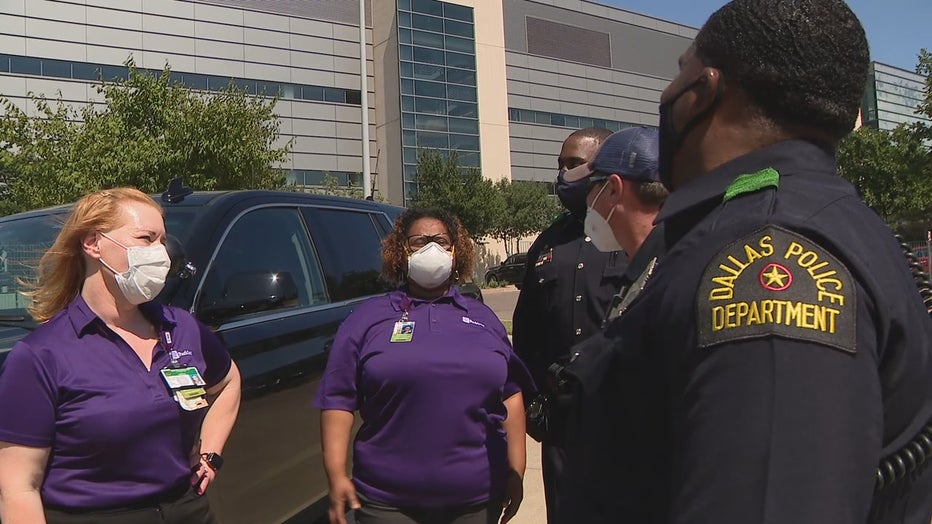 Outside Parkland Hospital in Dallas, a specially-trained team made up of a Parkland social worker, paramedic with Dallas Fire Rescue and Dallas police officer are ready to respond to what's called a "behavioral health emergency."

The trio is part of RIGHT Care. It stands for "Rapid Integrated Group Healthcare Team.” The program was established in South Dallas in 2018.

“We think it's a good thing not only for the patients, but the City of Dallas,” DFR Medical Director Dr. Marshal Isaacs.

Once on scene in an outfitted SUV, the paramedic can determine if the mental health crisis is being caused by a medical issue. If not, the social worker steps in.

“We definitely believe in this model, and we've shown that this model is working,” said Kurtis Young with Parkland.

Since January 2018, RIGHT Care teams have responded to some 6,600 behavioral health crisis 911 calls.

A Dallas police officer is on hand in case the situation becomes dangerous.

“Our sole objection part of RIGHT Care is we protect the social worker and paramedic,” said Dallas Police Sgt. Jennifer Wells. “You can't do your job successfully if you have to keep looking over your back.”

Since the death of George Floyd in Minneapolis, many police departments are looking to implement reforms.

President Donald Trump is set to sign an executive order on police reform Tuesday. Included in the order is the development of programs like RIGHT Care and pairing social workers with officers.

The pilot program expired earlier this year, but it is still operational with money from the city of Dallas general fund. The hope is to have RIGHT Care implemented citywide. The city council, who is considering several police reforms, will have a big say.