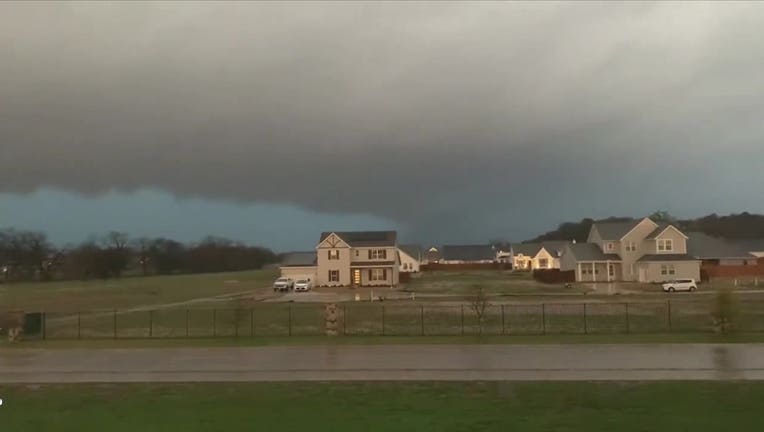 A survey team determined there was an EF-0 twister that hit near Weatherford in Parker County with 85-mile-per-hour winds.

That brings the total to 15 tornadoes that touched down across a broad area of North Texas.

Six of the tornadoes touched down in Tarrant County and Collin, Cooke, Eastland, Erath, Hunt, Lamar, Parker, Palo Pinto and Wise counties each had one.

The tornadoes in Collin, Eastland, Lamar and Wise counties were EF-2s producing winds up to 125 miles per hour.

Two in Grapevine – near the lake and near Grapevine Mills Mall – and one in North Richland Hills were EF-1s with winds up to 11 miles per hour.

RAW: 'I am in a tornado': Man drives into storm's path

Blake Foster was driving in Grapevine on December 13 when his car was swallowed up by a severe storm.

NWS survey crews looked at things like whether trees were snapped or uprooted to make their determinations. They look at a lot of factors, including soil saturation and the health of the tree.

They have a few more areas to look at so the tornado count could still rise.