Sunlight is the only thing illuminating an Oak Lawn condo after the power went out overnight and hasn't been back on since. Folks all across North Texas have been sharing similar stories.

DALLAS - ERCOT has warned Texans to be prepared to be without power for an extended period of time.

The controlled outages were supposed to be between 15 and 45 minutes, but many North Texans have complained about being without power for much longer than that.

More than two million Texans have lost power. Some North Texans are riding out the power outages at homes, relying on fireplaces and just their blankets. Other have checked in at hotels.

The city of Dallas said it was opening the Kay Bailey Hutchison Convention Center at 7 p.m. Monday as a citywide warming station for those whose homes are too cold to stay in due to the winter weather.

Sunlight is the only thing illuminating Eric Betley’s Dallas condo. The power went out around 2 a.m. and hasn’t turned back on since.

"Looked outside and it looked like someone turned the lights off in Dallas. It was kind of weird," she said. "We just bundled up. And by the time everyone got up, I said, ‘the power is off. Stay in bed.’"

Folks all across North Texas have been sharing similar stories. 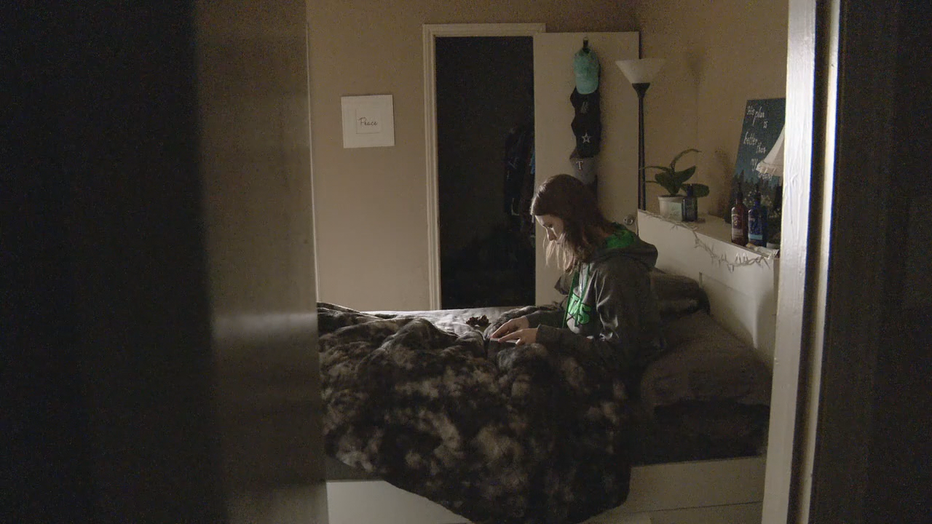 In Coppell, Sarah Hawman has been without electricity for hours. She’s bundled up in bed and trying her best to stay warm.

"My thermostat says it's about 50 degrees right now," she said. "I've got fuzzy socks and hoodies. I’m about to put my parka on if it gets any colder."

Streets lights are out in many places. We saw several fire trucks driving through Coppell. A man at a nearby apartment complex said his fireplace has been a lifesaver.

"It's keeping me nice and warm," he said. "And my brothers and my dad went up the street to get more firewood."

For one dad trying to feed and entertain his kids, some camping gear came in handy.

Betley and his girlfriend took their dogs and decided to check in to a hotel with a generator.

In the town of Sunnyvale in far east Dallas County, people have been mostly without power since the middle of the night.

In the town of Sunnyvale in far east Dallas County, people have been mostly without power since the middle of the night.

"It got down to 46 degrees in our living room," he said. "I had the hoodie on, and we were wearing gloves just to keep our hands warm."

The icing on the pool as the thermometer outside went down to single digits and the power inside went off.

"Our power outage started about 2:45 a.m. And at about 3:30, it was pretty cold," Sloan said. "We all woke up and got everybody together and sat on the couch and closed the doors to stay warm."

Dallas attorney Anthony Farmer and his family were in their home with no electricity for about eight hours.

"We kept warm by extra blankets and just making it through the night actually," he said.

Now, the promise of another cold night and certainly more high energy usage could mean hours without power.

"We are trying to figure out what we can do to keep warm for sure," Sloan said.

It’s unclear if extended rolling blackouts or if transformers or power lines in the Sunnyvale area were compromised.

As snow and ice covered streets in North Texas, residents are just trying to keep warm while they wait for the power to come back on.

As snow and ice covered streets in North Texas, residents are just trying to keep warm while they wait for the power to come back on.

"I do have a small generator I can run some things with," said Pete Lendgraf. "We’re just trying to conserve, not use as much. We have gas so hopefully that helps.

"We have water, just keep our faucets running. And we have a gas stove and gas fireplace, so that’s really all we can do," said Michelle Rutledge. "We’ve been keeping our windows closed. We have shutters. Just blocking doorways with extra towels and pillows."

Others tried braving the roads to get to the few businesses open to warm up or get food.

"It’s been pretty terrible," said Alex Masotto. "We have no power since 6 a.m. No water running. We’re struggling. We’ve got blankets wrapped up."

But even the businesses that were able to open, many eventually shut down early. It forced many to search for something that’s open.

"I’m out of power at home, and I come here trying to get something to eat in hopes the power comes on. Throw something in the microwave and they’re out," said Michelle Stingley. "I can’t believe this is happening in the state of Texas."

Kyndall Fuller was one of the last customers there before closing time.

"Wild. It’s like everything is wiped out, meats. There’s nothing left," he said. "I went around looking for any kind of fast food that was open and I was just gonna go that route. I couldn’t find anything so I ended up here."

"Texas, one of the biggest states in the union, and you’re not prepared for a couple days of extreme ice? It’s unreal to me," Stingley said.

Dallas County Judge Clay Jenkins said Oncor’s attempts to restart the rolling blackouts from affected neighborhoods to those that do have power have been unsuccessful because of the status of the grid. He encouraged people who do have power to take in those without for the night.