New details are being released on what led up to the arrest of a woman who investigators say conspired to help her ex-boyfriend cover up the murder of her husband.&nbsp;

DALLAS - New details are being released on what led up to the arrest of a woman who investigators say conspired to help her ex-boyfriend cover up the murder of her husband.

Last October, Jennifer Faith claimed she was walking her dog with her husband, James, when they were attacked by a robber who shot and killed her husband.

She even went on TV claiming to be looking for the killer.

But a federal complaint against Jennifer reveals she urged her ex, who was later arrested for the murder, to change the appearance of his truck to avoid being linked to the murder.

She also deleted text messages revealing the extent of their relationship, and was concerned about her late husband’s life insurance payout, which was $600,000.

The 40-page federal complaint against her details just a few of the thousands of text messages she exchanged with her ex around the time of her husband’s murder.

Jennifer portrayed herself as a grieving widow to FOX 4’s Shaun Rabb.

"Oh my God! If you know what happened, I need that for closure. I need to make some sense out of this," she said back in October 2020. 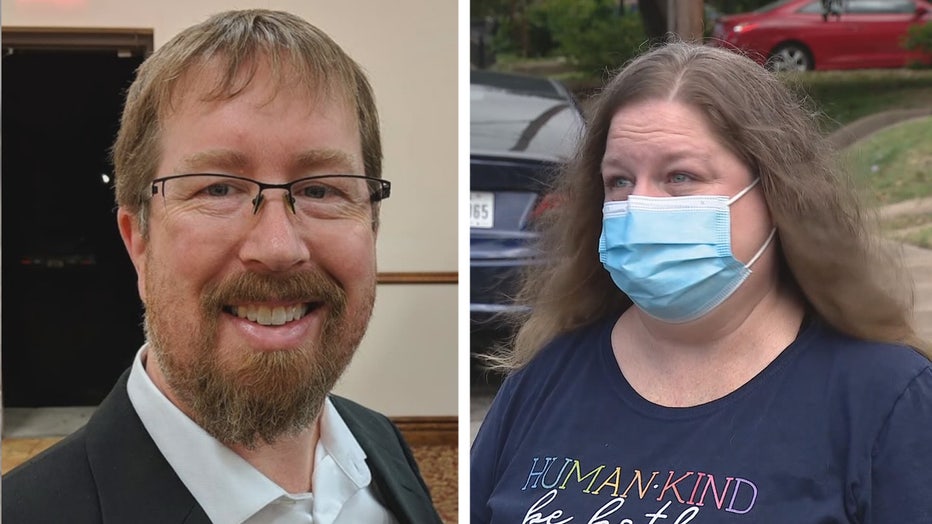 But a federal complaint shows she was in a "full blown emotional affair," and remained in constant contact with the suspect, her ex-boyfriend, Darrin Lopez.

According to the complaint, after her husband had been killed, she was still texting Lopez how much she loved him, and that she was concerned about her husband’s life insurance payout.

The federal complaint states that she wrote in a text to Lopez: "I started thinking if life insurance doesn’t pay out before I start to run out of money, I can always tell people that I am going to move in with you."

But prosecutors said she also wanted Lopez to downplay their relationship and her marital issues, texting him: "If for some reason the detective ever questioned you and asked you about my relationship with Jamie [James Faith], you would tell them it was good as far as you know, right?.. Just want to make sure you would never say anything that would stick out"

And eventually, it appeared she wanted to remove any trace of their contact, texting: "Don’t text me Monday. I am going to factory reset my phone on Sunday night after deleting texts."

In October, Dallas police released surveillance video showing the suspect’s vehicle leaving the murder scene, a black truck with a distinctive letter ’T’ decal on the back.

Once that got out on the news, Jennifer texted Lopez: "I know you’re going to think I am crazy, but it’s REALLY nagging at me. I have a bad feeling and I really think you need to get that sticker off ASAP.... like today."

Multiple surveillance photos of Lopez’s truck show that it appears to match the suspect’s vehicle.

Federal authorities also have debit card transactions, surveillance stills from truck stops, and cell phone data that tracked Lopez in that truck during his trips between Tennessee and Texas in the days surrounding the October murder, and place him near the murder scene hours before James was killed.

All the while, Jennifer was on TV, appealing to the public for help.

"It’s been horrible, devastating. I teeter between being heartbroken and completely devastated. Every day has been awful," she said in October.

She’s slated to make her first appearance in federal court Friday at 10 a.m.

If convicted, she faces up to 20 years in federal prison.