Police records show that the latest alleged sexual assault victim of a Dallas Police Department officer was 14 years old at the time and someone he met through his job as a cop.

DALLAS - Police records show that the latest alleged sexual assault victim of a Dallas Police Department officer was 14 years old at the time and someone he met through his job as a cop.

These new charges are not new allegations, according the victim’s attorney.

He said he represents three women, who were girls at the time of the alleged sexual assault, who tried to report they’d been assaulted years ago, but are just now being heard.

It was shortly after Williams was arrested last summer that attorney Hunt Bonneau got a call from someone claiming she and two others were victims too.

"The little girl that came out last year, for whatever reason, she was believed and it got in the news, and she gave my friends confidence to come out," Bonneau said.

Bonneau took his clients to Dallas PD to speak with detectives.

That conversation ultimately resulted in Williams’ arrest this week on an additional charge of sexual assault. 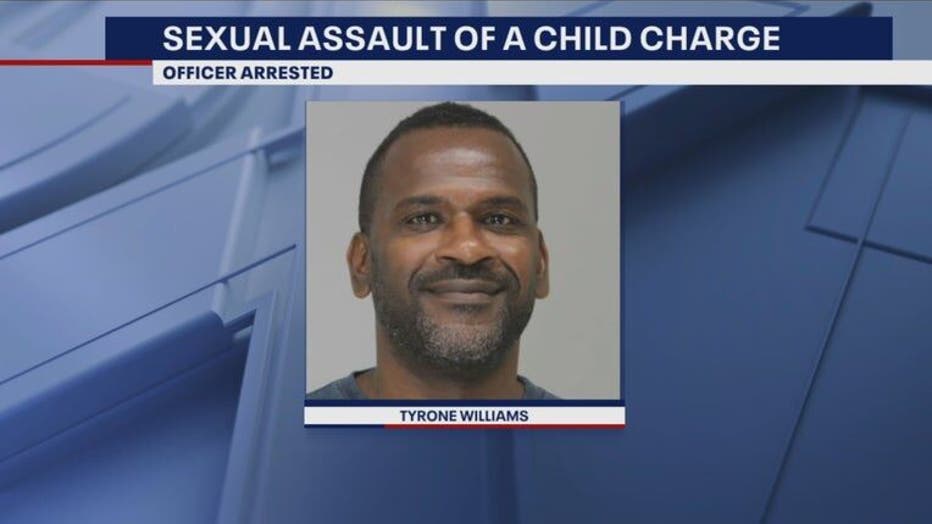 According to court records, the victim "stated she met Suspect Williams when he was working in an official capacity as a Dallas Police Officer."

The records state that in 2010, Williams and another officer picked up the girl at a Dallas hotel, where they learned she was a victim of a human trafficker who was later convicted and sentenced to 12 years.

Bonneau described his clients as being in a vulnerable situation at the time.

"Unfortunately, there are some kids out there who don’t have all of the support of family or all the support at school," he said. "And so you hope we’re they finally get to the point where they’re with the police, they’re going to get the support there. This here is a group of girls that did not get that support at any level."

"This police officer, in particular, in some way had a relationship with their mother, I’m not talking about — I don’t know what the nature of that was, but he said he would mentor them," Bonneau said.

Police said, during that time, Williams sexually assaulted the girl repeatedly, including on his lunch break from his job as an officer.

The victim said "Williams reminded her he is an officer and ‘knows how to make people come up missing,’" and she said he would say, "If I have to, I know how to shut you up."

Dallas police went on to collect several other interviews and documents seeking to corroborate the claims, before, this week, arresting Williams on the additional charge for assaulting one of Bonneau’s clients.

"I got a text at 6 in the morning," Bonneau said. "It said somebody believes us. They believe us."

Bonneau said they tried to report this to agencies like Child Protective Services and Lancaster police.

Child Protective Services essentially said any investigation would be confidential under state law, and that every case they get is also referred to law enforcement.

Lancaster police said they weren't able to find anything in their system matching the details.

The arrest warrant affidavit does include two additional accusations of sexual assault.

It’s not clear the status of those cases.

FOX 4 reached out to an attorney listed for Williams and a left a message, but did not immediately hear back.