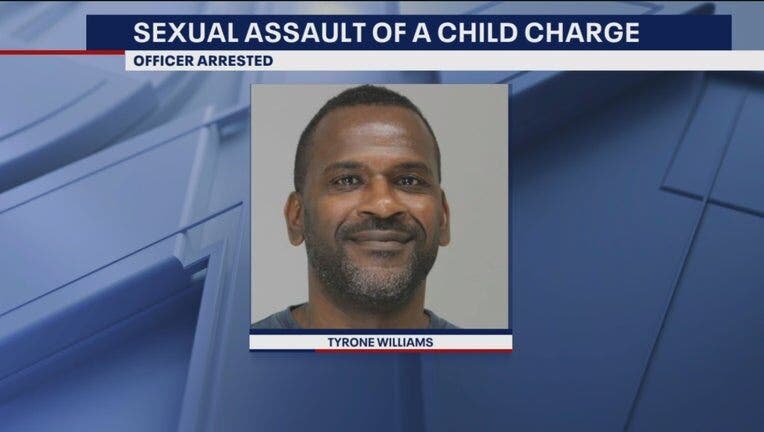 DALLAS - A Dallas police officer accused of sexual assault of a child was arrested for the second time in less than a year.

Tyrone Williams was first arrested in June of last year.

He was accused of child sex abuse, but the Dallas Police Department didn’t release any details about the case or the victim.

Police said more victims have been identified since then.

Williams has been on leave since his first arrest.

He was hired in 2009 and had been assigned to the South Central Patrol Division.