Southwest Airlines has resumed flights after computer problems grounded hundreds of planes two days in a row. But travelers at Love Field are still dealing with some frustrations.

DALLAS - Just as air travel is recovering from the pandemic, Southwest Airlines is trying to recover from two major computer problems that grounded hundreds of flights two days in a row.

On Monday, the airline had to ground flights because of a weather computer problem. Tuesday it was a network connectivity issue.

Southwest Airlines said the two problems were not related and both have been resolved.

Tuesday's ground stop lasted less than an hour, but delays and cancelations have not let up.

On Wednesday, Southwest has canceled 367 flights across the U.S.

The number of cancellations is dwindling here in North Texas, but there are lots of delayed flights. 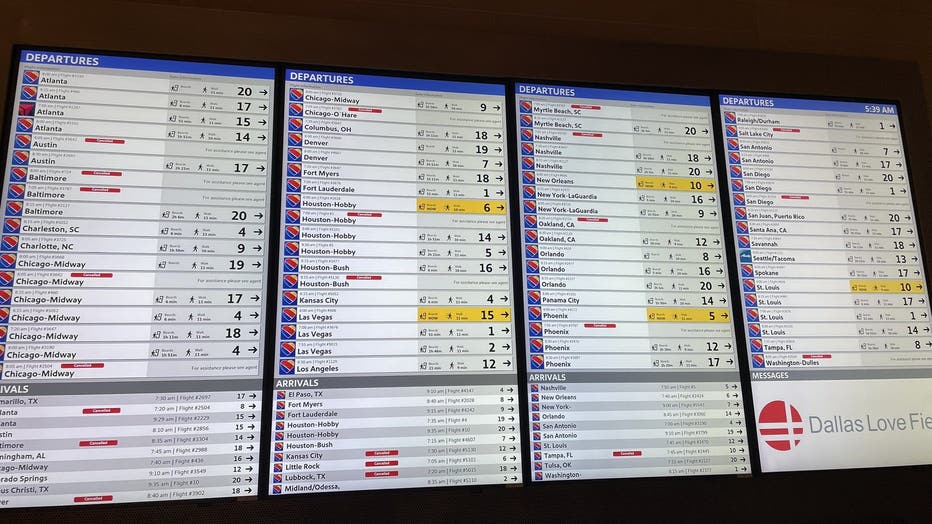 A number of passengers have been rescheduled three different times.

An aviation expert said it could take 48 hours to get back to normal.

It's been a day of catch up at Dallas Love Field.

"It's never this crowded," said Pam and Randy Richardson, who were trying to get to Florida. "You can tell that a lot of people are backed up and what not, you know, trying to catch up flights."

Two separate technology issues, one on Monday and another on Tuesday, forced Southwest to cancel hundreds of flights systemwide.

"Anxiety's through the roof, especially finding out that it was canceled," traveler Cameron Walker said.

A spokesperson for Southwest said the technology problems have been fixed, but the airline is still working to resume normal operations.

As of Wednesday morning, more than 300 U.S. flights were canceled, according to the tracking service FlightAware.

At Love Field, many flights were delayed. Nathanael and Shavonda Waddles were re-booked twice.

"Hopefully, prayerfully, that this flight will be successful," Nathanael said.

"It said canceled. Okay, we’ve got to find a new flight, but they rebooked us on this one, so we shall see what happens," Shavonda added.

Retired commercial airline captain Denny Kelly said more flights could be added to help get people to their destinations.

"And it'll take them 48 hours minimum to get them back to any semblance of what is should be," he said. "Not only that, but it screws up the air traffic control system to a certain extent, so it's a huge problem."

Southwest Airlines is trying to text and email passengers well in advance of any cancellation, but sometimes those notifications come too late.

So check with the airline before you head out to the airport.