The legal battle over the governor's directive to investigate families of certain transgender children heated up this week. Groups suing the state want to make clear that state investigators should not be able to continue investigations while their case makes its way through courts.

DALLAS - The legal battle over the governor's directive to investigate families of certain transgender children heated up this week.

Groups suing the state want to make clear that state investigators should not be able to continue investigations while their case makes its way through courts.

The legal request made by Lambda Legal and the ACLU is to stop the state from investigating families of transgender children while their lawsuit goes through the court system.

Since Gov. Greg Abbott directed state agencies last month to investigate parents of transgender children who may be getting "gender-affirming care", there’s been a non-stop legal battle.

Last week, a judge in Austin ordered a temporary stop to all investigations as a lawsuit against the state on behalf of one family goes through the courts.

Attorney General Ken Paxton quickly appealed, and there’s been disagreement this week about whether that appeal means investigations can keep going.

Paxton seems to think so, leading to a new move by LGBTQ advocates Thursday. 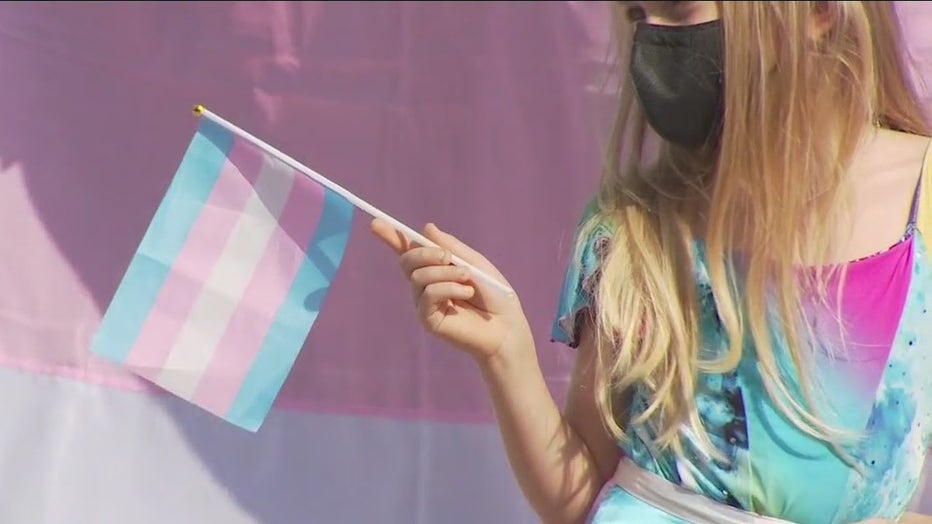 Paul Castillo is the senior attorney for Lambda Legal, one of the groups suing the state on behalf of a Texas family.

"We have filed a request to the court of appeals to continue the relief that we are seeking to prevent DFPS from continuing to proceed with investigations," he said.

Lambda Legal is asking for an emergency order from the Texas Third Court of Appeals to be issued quickly.

"We have asked for that to be expedited to make crystal clear that as this case moves through the litigation process that families do not have to worry about a cloud hanging over their head or an investigation being started simply because they are working with doctors to continue the health care for their trans children," Castillo said.

Meanwhile, another court battle is brewing over gender-affirming care for transgender children. This one involved a UT Southwestern doctor in Dallas.

Dr. Ximena Lopez participated in a program that created a clinic for kids to get treatments like hormone therapy and puberty blockers. But UT Southwestern and Children’s Health quietly dissolved the seven-year program and stopped taking new patients last year.

Lopez filed a petition in court against her employer, saying in part that UT Southwestern "instructed her that she cannot utilize her independent medical judgment to provide gender-affirming care" and said "that edict is patently prohibited discrimination. It is illegal."

Lopez is looking for on the record statements, documents and communications to find out who decided to end the program and why… and a lawsuit may follow.

In a statement to FOX 4 last week, UT Southwestern and Children’s said about the program "we have not experienced interruption of pre-existing care or services for our pediatric patients who were already receiving care with these specialty teams.  New patients seeking hormone therapy and puberty blockers are accepted for evaluation and referred out for services we do not provide."

From a statewide perspective, Lambda Legal says the threat of investigation has been traumatic for multiple Texas families.

"We will continue to fight through the appellate process," he said. "But in the interim, these families do need and we're looking forward to an order, hopefully in the foreseeable near future, to ensure that these families and mandatory reporters are protected."

Lopez did not rule out filing a lawsuit, but the court documents said first it needed to be determined who would a possible lawsuit be against.