Days after a Houston hospital announced it's halting gender-affirming care for transgender kids, FOX 4 has learned that a similar program in Dallas had already stopped taking new patients. The program still treats current patients. But for months, it's been referring new patients to other providers.

DALLAS - Days after a Houston hospital announced it's halting gender-affirming care for transgender kids, FOX 4 has learned that a similar program in Dallas had already stopped taking new patients.

The program still treats current patients. But for months, it's been referring new patients to other providers.

The change to what was called the GENECIS program came last November. That was months before Gov. Greg Abbott issued a directive to investigate families getting gender-affirming care for kids.

The hospital said it was a direct response to Attorney General Ken Paxton’s legal opinion that those treatments should be labeled "child abuse."

Gov. Abbott recently took the opinion a step further, calling on people to report any child who appears to be getting gender-affirming care and directing the Texas Department of Family and Protective Services to open investigations.

The Houston hospital said it wanted to "protect families and employees from potential criminal charges." 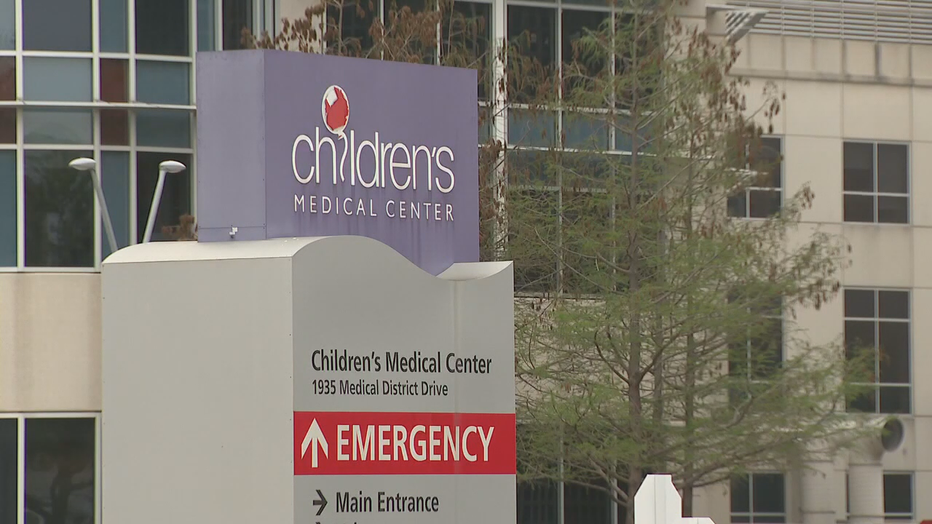 Dr. Marcial Oquendo is a pediatrician in Dallas and a member of the Dallas County Medical Society.

"Here is a lot of hesitation in the medical community even of those who are who provide these services on a regular basis and those who do not," he said. "But everyone is kind of they don't know how to react."

When FOX 4 started looking into whether Children’s Medical Center in Dallas offers similar hormone treatments, we learned a partnership with UT Southwestern called GENECIS, a clinic designed to provide gender-affirming care to adolescents, had been scaling back for months. Branding for the clinic disappeared. And in November, it stopped taking new patients. Existing patients are still getting hormone therapy.

MORE: Texas temporarily blocked from investigating the family of a trans teen over gender-affirming care

In a joint statement released to FOX 4 Children’s and UT Southwestern said, "We have not experienced interruption of pre-existing care or services for our pediatric patients who were already receiving care with these specialty teams.  New patients seeking hormone therapy and puberty blockers are accepted for evaluation and referred out for services we do not provide."

"Until it's clear which ones they are and what is what constitutes failing to report and what constitutes the actual abuse… Is it only medications? Or is it only the surgeries? Is it everything? Is it even counseling?" the doctor said. "There is a lot of questions that still need a more clear answer, and a lot of people are trying to figure those out."

Harris County's district attorney has already promised that her office will not prosecute such cases.

FOX 4 spoke to the mother of one of the first transgender patients who participated in the GENECIS program in Dallas. Her son is now an adult, and he is grateful for being in the program.