A hearing is set for Friday to determine whether or not the state must halt investigations of families with transgender children.

DENTON, Texas - A hearing is set for Friday to determine whether or not the state must halt investigations of families with transgender children.

It comes as prosecutors and legal officials nationwide announce their opposition by the state's move to label gender-affirming care as "child abuse."

Dallas County DA John Creuzot and 92 other legal professionals nationwide filed a brief in which they argue that the state’s action will actually put transgender youth at greater risk of violence and abuse.

New stories are emerging about families of transgender children who find investigators with the Department of Family and Protective Services knocking at their door.

In 2016, Amber Briggle’s family made headlines after they invited Texas Attorney General Ken Paxton into their Denton home to have dinner with them and their transgender son.

"My son is amazing. Once you get to meet him, you love him," she said in a 2016 interview. "So I knew that part was going to go off without a hitch." 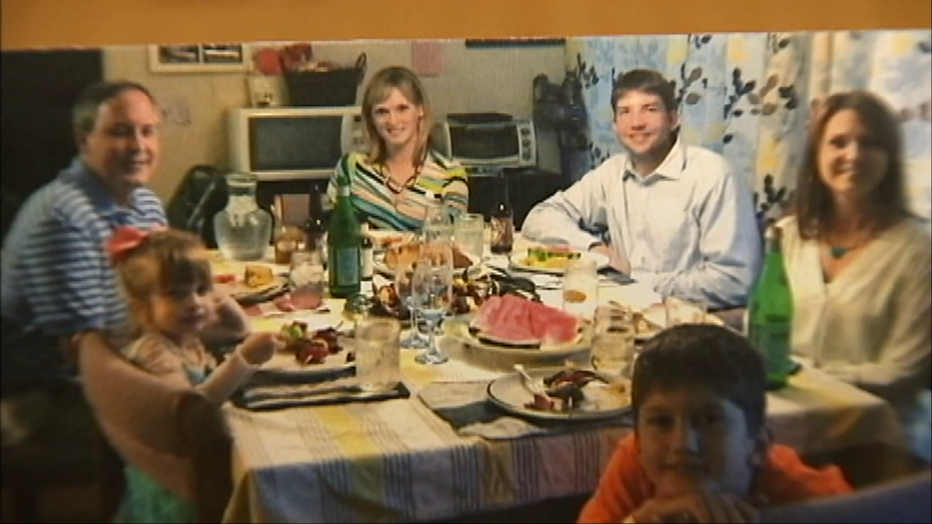 At the time, Paxton was launching a fight over which bathroom a trans child can use.

But Briggle says they are now one of the families under investigation simply because of their son.

In a blog post Tuesday, Briggle wrote: "We told the children that they have the right to not answer questions. We told them that the government is trying to spy on us even though we have done nothing wrong. We could see the pain, confusion, and hurt in their eyes. How do we square this situation with the civics lessons they are learning in school about our national ideals?"

Their attorney told the Texas Tribune that they’re under federal investigation for child abuse for providing gender-affirming medical care to their children.

"Raising a transgender child in Texas has been one long political emergency," they said. "It always seemed like this day would come. Now it has arrived."

The Briggles told the Texas Tribune that a CPS caseworker interviewed them and their children and inspected their house.

Gov. Greg Abbott then directed state officials to investigate parents and those who provide such care.

Creuzot has already said his office will not prosecute these types of cases.

"Even the process of starting a discussion with a therapist. If you follow the logical conclusion for this, that puts the therapist in a position of being charged with a crime," he said.

The DA said his office will not represent DFPS if it tries to remove a child on those grounds.

"Obviously if we felt that, then we could not do so on ethical and moral grounds. They would be left with the option of either doing nothing or seeking out some other attorney, a private attorney. I guess they could hire one," he said.

Even if courts ultimately block the state from continuing the investigations, the attempts from state leaders alone could marginalize an already vulnerable group.

Creuzot says that can make the work of law enforcement more difficult.

"We see that over and over and over, people who feel like that live in communities that feel like that being treated like that are much less likely to come forward or to cooperate," he said. "And that does hinder our ability to prosecute anything from capital murder on down."

FOX 4 reached out to Paxton’s office to ask for an interview but did not hear back.

The Texas Medical Association says it has been meeting with state leaders and has reiterated its opposition to criminalizing medically necessary gender-affirming care. It also emphasized the need for protecting the patient-physician relationship with transgender youth.