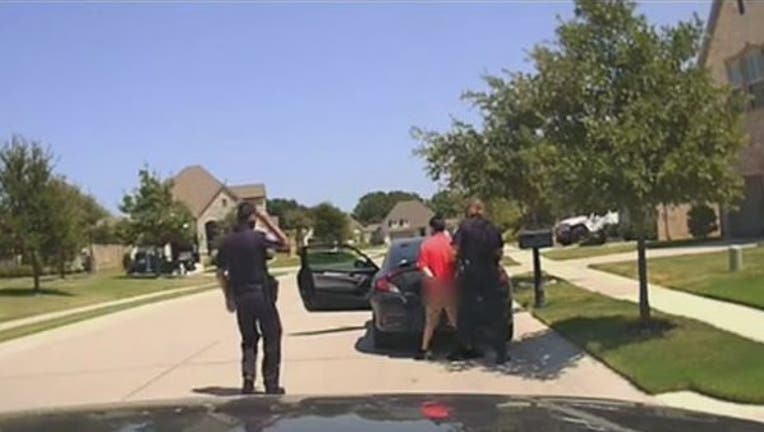 Former police sergeant Blake Shimanek is charged with official oppression. A conviction carries potential jail time up to a year.

Police video showed the former sergeant arresting Dillon Puente during a traffic stop last summer. He ordered another officer to arrest Puentes' father, who stopped to record the incident on his cell phone but was not interfering.

Shimanek was demoted and resigned in February. The other officer was not disciplined.

Keller police officer resigns for his role in controversial 2020 arrest