After disastrous days of power outages across Texas, five members of the Electric Reliability Council of Texas’ board of directors are stepping down.

After disastrous days of power outages across Texas, five members of the Electric Reliability Council of Texas’ board of directors are stepping down.

The ERCOT board held an emergency meeting Wednesday morning to accept the resignations. 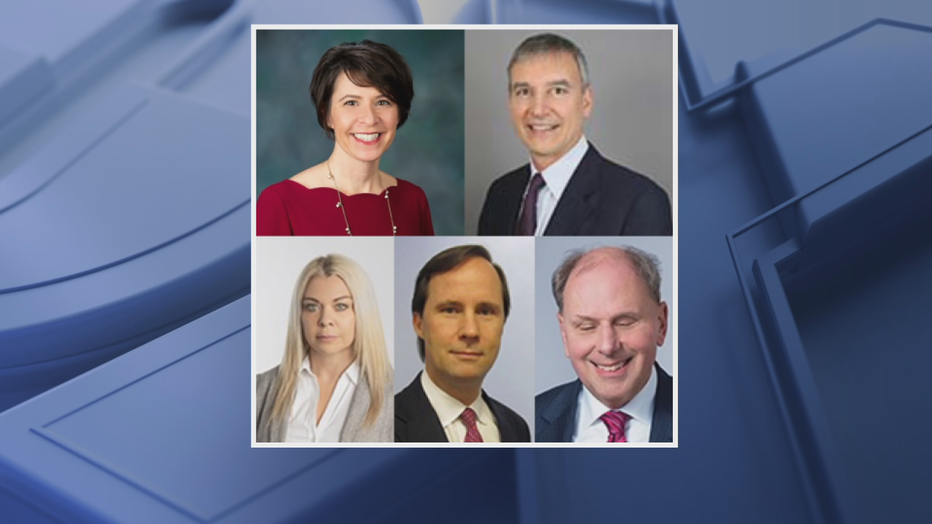 None of them actually live in Texas, which has only intensified the criticism of ERCOT.

ERCOT drew blame for the way it handled the major power outages during the dangerous winter weather that claimed at least 80 lives.

During Wednesday’s meeting, ERCOT explained its decisions, but energy experts said this failure goes deeper than ERCOT, and that multiple things need to change to prevent this from happening again.

"We are here today because we felt it was important to be a part of the process to begin to evaluate what happened," Chairwoman SallyTalberg said.

ERCOT CEO Bill Magness gave his board of directors a play-by-play of last week's energy crisis.

The meeting gave a detailed timeline of what happened leading up to February 14, and the steps taken to keep the grid from going into a complete blackout.

Magness said all available generating capacity was online that Sunday, including plants that were supposed to be offline for maintenance.

He said ERCOT began posting weather alerts on its website February 3 for both plant operators and the public. That continued until the storm hit.

ERCOT did spot checks on select power sources virtually before the storm.

Later, ERCOT determined there was lack of weatherization at power plants and supply lines, something that is not mandatory in Texas.

"These are not inspections. We don't have regulatory authority to issue fines," Magness explained. "They are not mandatory standards at this point."

He explained 48.6% of generation was forced out at the highest point due to the impacts of various extreme weather conditions. There are 13 "black start" units that would have helped the system regain power in a blackout but six of those 13 had outages.

Magness admitted communication before the storm should have been better. But he wants the public to understand the state’s electric grid was four minutes and 37 seconds away from a statewide blackout and the widespread controlled outages prevented much longer blackouts.

"It’s safe to say it could be weeks and depending on the conditions that you’re operating under when you go into a black start condition it could take longer than that," he said.

On Thursday, Texas lawmakers will gather at the state capitol to begin public hearings over the outages.

Governor Greg Abbott has asked the state legislature to investigate how ERCOT managed the state’s electricity grid during the storm. He wants to know what went wrong and wants to make sure it never happens again.

Bruce Bullock is the director of the SMU Energy Institute.

He said ERCOT's role is like an air traffic controller, not a regulator.

The PUC is the Public Utility Commission of Texas, which along with the state legislature, oversees ERCOT.

Gov. Abbott wants lawmakers to mandate weatherization of a system that includes coal, nuclear, wind, solar, and – most of all – natural gas, which makes up 47% of the power in Texas.

"It’s about $34,000 a well, and we've got 122,000 gas wells in the state of Texas. So that’s roughly $4B, that doesn't mean you have to weatherize them all," Bullock said. "You can’t go in and require a blanket set of technologies or types of standards. What you have to do is look at each one."

The governor plans to address the power outages Wednesday night during a statewide address.

Why was Texas without power? How a winter storm pushed the state into crisis

Dallas mayor to push for changes to the Texas power grid