ERCOT optimistic about restoring power to all Texans

The CEO of EROT which manages the state's power grid said in a news conference he's optimistic that they can bring everyone's power back on sooner rather than later.

DALLAS - There appears to be plenty of blame to go around for the failure of the Texas power grid. But things are improving.

The Electric Reliability Council of Texas, the agency that manages the Texas power grid, said it has suspended the order for controlled outages now that there’s increased generation and the demand is stable.

During a news conference Thursday morning, ERCOT CEO Bill Magness said the power grid is slowly being repaired. He is optimistic that Texans will have their power back on sooner rather than later.

The number of customers without power in the North Texas electric delivery company Oncor’s service area dropped by about 220,000 overnight to slightly more than 150,000.  It was over 600,000 Wednesday and 1.1 million Tuesday morning.

As of Thursday morning, there were about 71,000 Oncor customers in Dallas-Fort Worth still without power. The company said those remaining outages are the result of storm damage that its crews are working to fix.

RELATED: Oncor defends decisions on who gets power, who doesn't in North Texas

ERCOT said the reason it lost so much power generation earlier this week is because of the extreme cold temperatures.

Magness admitted it didn’t do a good job of letting the public know that instead of rolling blackouts that were supposed to happen, the outages would go on for days.

ERCOT planned on a winter worst-case scenario which was basically the winter of 2011. It was ready for anything that came close to that.

The governor also told the state legislature to order power plants to meet winterization requirements. But with nearly 60,000 homes and businesses still without power in our four largest counties, who can make sure those requirements are actually met?

But what if there’s a winter system like this one that puts a demand on the power grid several thousand megawatts greater than the worst-case scenario?

"Having seen the extent of this event it certainly figures into what we think we’ll see in history just as we were measuring against the most severe system we had seen in Texas before. This one changes the game because it was so much bigger, so much more severe and we’ve seen the impact it’s had," Magnes said.

The public learned on Wednesday that while winterization for Texas power plants is recommended, it is not required. So many do not take steps to protect against the kinds of winter conditions Texas has seen over the past several days. 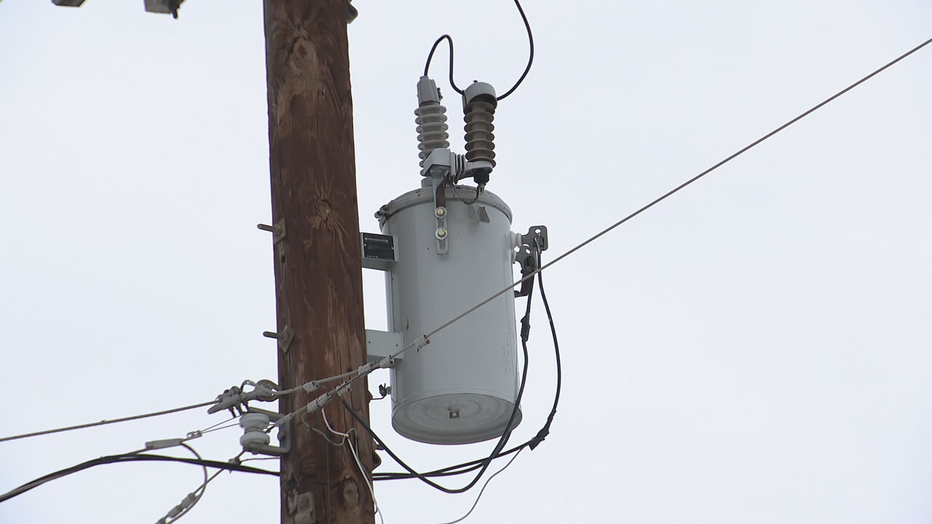 ERCOT said power plants have not invested in winterization because extreme cold events like this one are rare in Texas and their worst strain usually comes during the hottest stretches of summer.

Magness said the group that regulates the grid, the North American Electric Reliability Organization, could step in and demand winterization of the plants.

The agency also said the decision early Monday to start cutting power to millions of people for extended periods of time avoided a bigger crisis like a catastrophic blackout that could have taken months to overcome.

What about having a better system to being with?

Andrew Barlow is the spokesperson for the Public Utility Commission of Texas.

They provide regulatory oversight to, among other things, the electric power industry in the state.

"ERCOT, for example, does answer to us," Barlow explained.

ERCOT called for forced conservation this week at a level they said they never expected. That's why people have been sitting in the dark.

"For what it's worth, the system worked until Saturday, for years, for decades," Barlow said. "Things had gotten so bad because of power plants simply going offline because they had mechanical failures, wire failures, weather related problems."

Right now, the state's privately owned power plants are not required to be weatherized.

"As a business model and as people of business, they realize that their best opportunity to get a return on their investment is to be 100% ready when scarcity conditions emerge on the grid as a result of a weather event like this," Barlow said.

In Texas, there are 680 power plants.

It is suggested that each one take steps to protect their generators with weatherization, but how they do that is strictly voluntary.

[REPORTER: "Why is there no mandatory weatherization for power generators in the state of Texas?"]

"It’s not something that had been put in place by the legislature," Barlow responded.

It is mandatory for power plants to report, simply, the presence of a plan. Barlow said there are no mandatory parameters of what needs to be in that plan.

It’s a requirement that came after the ice storm of 2011, that left Texans in the dark during the days leading up to the Super Bowl.

"Systems were put in place requiring the generators to provide reports and updates on weatherization efforts," Barlow said.

But some say, ironically, the requirement lacks any real power.

"As far as a broad standard that is inspected in detail at every plant across the state, that is not something that exists," Barlow explained.

In fact, of those 680 power plants, ERCOT spot checks about 100 each year in-person to offer advice on how to make them better.

Last year, the reliability council didn't visit a single site, instead reviewing about 95 of them virtually, citing COVID-19 cautions.

"You plan for the worst, and then the worst is 100 times that. You have to move your standards," Barlow said.

Now, Barlow said Texans can expect a full legislative review to determine if Texas will decide to better prepare for the next time Mother Nature comes calling.

"When the meteor hits, someone is going to complain that the government didn’t prepare for a meteor strike," Barlow said.

The people who designed, boasted about and run the Texas energy system are now attacking it and each other. Texas Tribune reporter Alana Rocha joined Good Day to talk about how even Gov. Greg Abbott went from defending ERCOT to criticizing it. He's also blaming renewable energy which until a few days ago Texas bragged about.

Gov. Abbott said that the brutally cold weather of the past several days left every source of power in Texas compromised.

"There are multiple sources of power that go into the power grid in the state of Texas," he said. "Some of those coal and natural gas facilities either froze up or had a mechanical failure."

The governor said not just coal and natural gas facilities were affected but also other sources like nuclear, wind and solar.

He is calling on the Texas Legislature to investigate the way ERCOT handled the events of the past few days.

As for that pending investigation, the CEO of ERCOT said "blame can be assessed and very soon. Blame surely will be assessed."

RELATED: Texplainer: Why does Texas have its own power grid?