World Cup: North Texas watch parties go crazy as the US takes the lead over Iran

Christian Pulisic scored the winning goal for the Stars and Stripes in their 1-0 victory over Iran.

DOHA, Qatar - After a 1-0 World Cup victory over Iran pushed the US Men's National Team to the knockout stages, left back Antonee Robinson got emotional in the locker room.

The US Men's National Team shared video of Robinson crying while taking in the moment just minutes after the final whistle.

Robinson, who plays for Fulham FC in the English Premiere League, had his head in his hands while teammates around him celebrated.

A number of Robinson's teammates came up to the 25-year-old defender to show him support.

Prior to going into the locker room, Robinson was one of the players who comforted Iran defender Ramin Rezaeian, who broke down in tears on the field after the game. 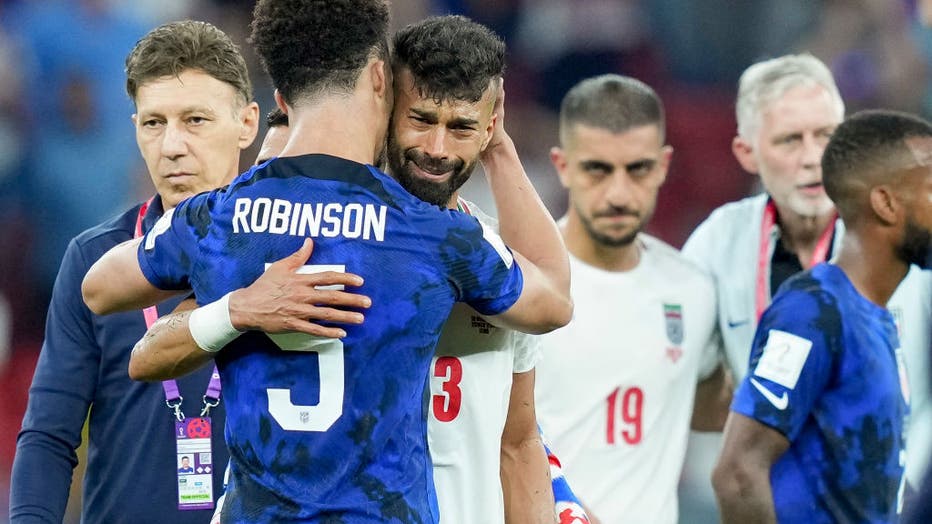 DOHA, QATAR - NOVEMBER 29: Antonee Robinson of USA and Ramin Rezaeian of Iran comfort each other after the FIFA World Cup Qatar 2022 Group B match between IR Iran and USA at Al Thumama Stadium on November 29, 2022 in Doha, Qatar. (Photo by DeFodi Ima

READ MORE: Where to watch the 2022 FIFA World Cup in Dallas-Fort Worth

The US plays in another win or go home game on Saturday against the Netherlands at 9 a.m. CST.