There's a big celebration planned for the Duncanville High School football team Friday night. The Panthers won the 6A state title and now there's a parade planned in their honor.

DUNCANVILLE, Texas - The Class 6A football champions from Duncanville High School are being celebrated Friday night with a parade.

The parade starts at 7 p.m. at Wheatland Road and Freeman Street. It ends with a special ceremony at Armstrong Park. 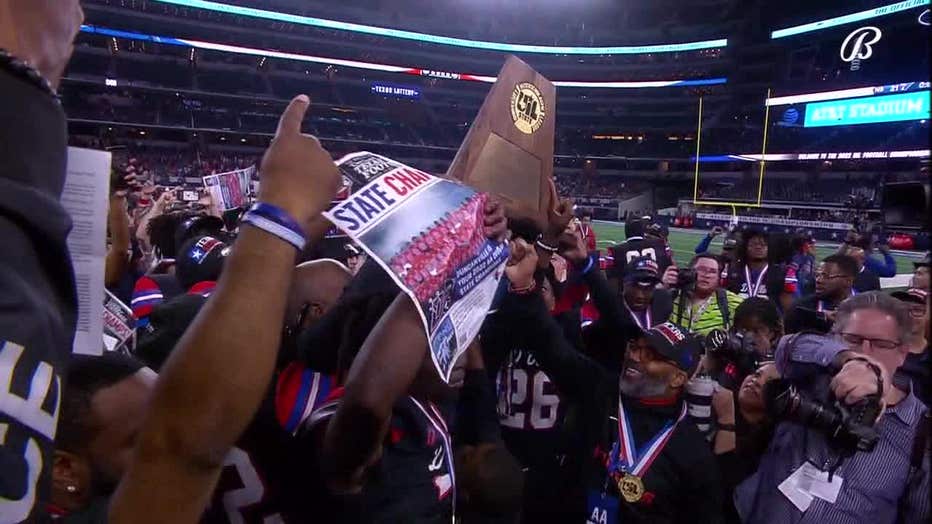 Last month, Duncanville won its second state football championship. The other was in 1998.

It was the first state title for Panthers’ head coach Reginald Samples. He has been coaching high school football in Texas for 32 years.

Samples is the winningest Black head coach in state history with 326 wins.

Duncanville is just one of several state champions in the Dallas-Fort Worth area. DeSoto, Aledo and South Oak Cliff also won state titles in December.