A high school football coach in Rockwall was suspended after some players needed medical attention following a workout.

ROCKWALL, Texas - A high school football coach in Rockwall was suspended after some players needed medical attention following a workout.

The principal at Rockwall Heath High School said steps are being taken to determine exactly what happened.

The school district said it hired an "independent third party" to investigate the incident.

The school’s head football coach is accused of requiring a group of football players to do a large number of pushups.

Coach John Harrell has been placed on administrative leave while the investigation is underway. 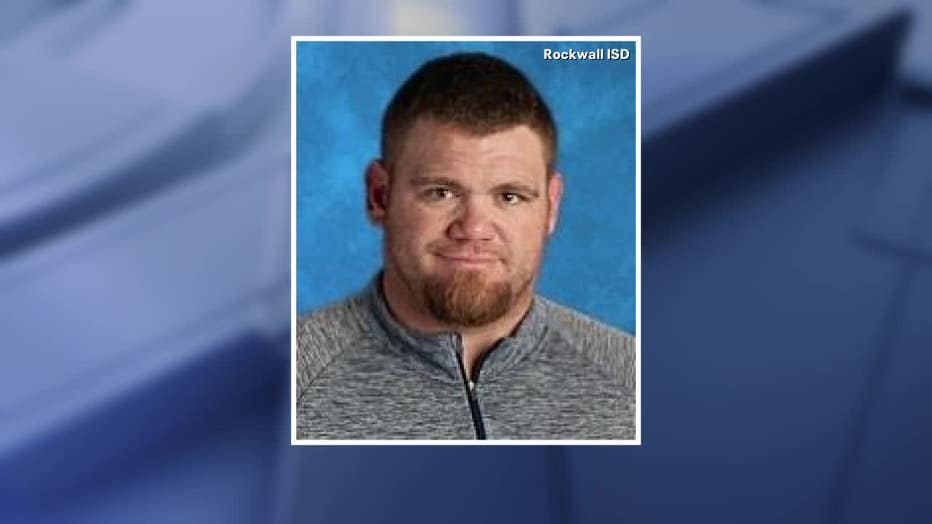 In a letter to parents, the school said the incident happened on Friday during an off-season football program.

It didn’t say how many pushups the students had to perform, but a person who emailed FOX 4 said it was several hundred assigned as punishment.

The school said several of the athletes ended up needing medical attention and "some" were hospitalized.

The letter did not mention how many went to the hospital and didn’t specify what was wrong with the students.

According to a parent of a child who’s hospitalized, it was 300 pushups during an hour with no break or water.

That parent, who asked FOX 4 not to reveal their identity, said: "As a parent we send our kids to school trusting that they will be cared for at the highest level. That has been the case until this unfortunate event."

They said their child was diagnosed with rhabdomyolysis.

A football coach with the Rockwall Independent School District is suspended while the district investigates an incident that sent several student athletes to the hospital.

Coach Harrell was named head football coach at Rockwall Heath a year ago. He’s been a coach in the school’s football program since 2019.

Brady Luff, a junior captain on the football team, said he was at the workout, and he believes coach Harrell was not punishing players, but instead, instilling discipline.

"I’m praying for all the sides that are in the hospital. They’re my brothers," Luff said.

He said water was available and players were free to leave.

"He’s treated us with nothing but respect and he loves every single one of us like his own," Luff said.

His mother is also defending the coach.

"So, if anything was going on with this situation that I thought these kids were being harmed, I would’ve been the first person up at the principal’s office or wherever I need to go to have this shut down," Stephanie Luff said.

This past Monday, the school’s athletic trainer put out messages to the families of the players in that off-season program.

The trainer advised watching out for symptoms such as sharp arm pain and abdominal problems.

The district said it has been in touch with the affected families and athletes.

FOX 4 reached out to the district via phone and email Wednesday with specific questions, including how many students were hospitalized, how many pushups they did, and whether there’s any official protocol for workouts.

The district did not respond.