56-year-old woman fatally shot from outside Fort Worth home

Police are trying to figure out who shot and killed 56-year-old Janice White at a home in Fort Worth. They say an unknown suspect fired shots at the house from the outside.

FORT WORTH, Texas - Fort Worth police are trying to figure out who fired shots at a home early Thursday morning, killing a woman inside.

Officers responded to the house on Sunflower Circle in the eastern part of the city around 2:30 a.m. They found 56-year-old Janice White with a gunshot wound to the leg.

White, a mother of three and grandmother, died at the hospital after someone from outside a relative’s home where she was staying fired a gun inside the residence.

"Anytime we have an incident like this it is very hard to obtain details in regards to the motive, the suspect or a suspect vehicle. So we are asking anyone around that neighborhood, that if they happen to hear something or if they have any type of video on their cameras to please let us know because we do need to find the suspect or suspects," said Ofc. Daniel Segura, FWPD.

White’s oldest daughter spoke with FOX4 on the phone, as she was still extremely distraught and unable to do an on-camera interview. She says her mother was a certified nursing assistant and was excited to soon begin a new job with Fort Worth ISD.

The family told FOX4 White was up making something to eat in the kitchen and the bullet struck her in her thigh. They say there were others inside the home, but white was the only person struck.

Investigators are talking with the others, while also trying to encourage anyone who can help with video or information to come forward. 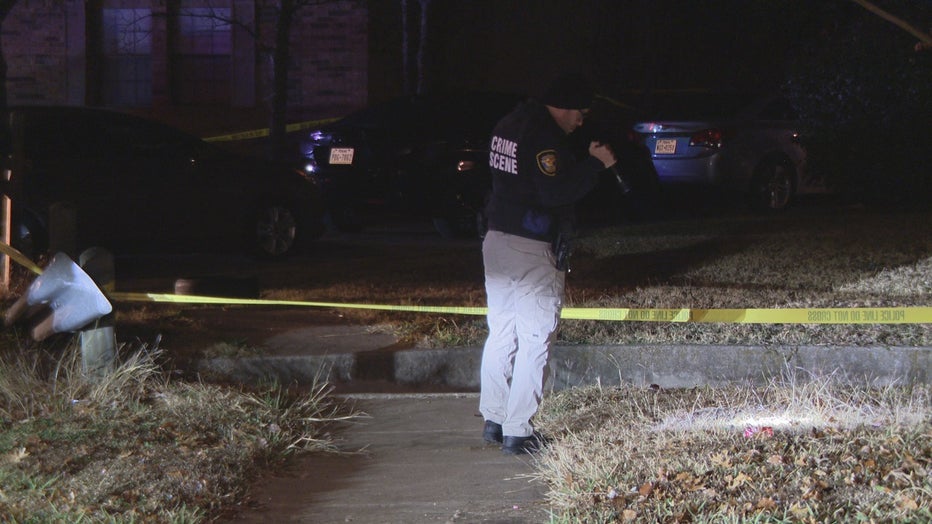