A 25-year-old man is charged with driving drunk and causing a crash that injured a young family in Arlington.

ARLINGTON, Texas - A 25-year-old man is charged with driving drunk and causing a crash that injured a young family in Arlington.

One child received minor injuries, but the mother, father and 2-year-old all have serious injuries. It's unclear if the 2-year-old will make it.

Arlington Police say they are constantly on the lookout for drunk and impaired drivers, especially during the holiday season.

Tyler Hampton, 25, is behind bars while a young family of four is struggling to recover from Tuesday night’s crash. 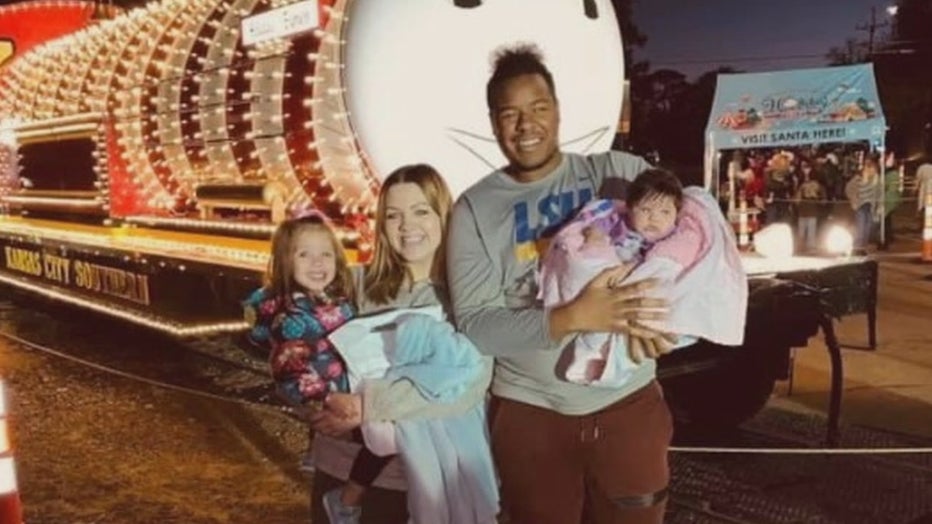 A Fort Worth family of four was on their way home Tuesday night when their Toyota Tundra pickup truck was struck by a suspected drunken driver, causing it to roll over a guardrail on I-20 near the Highway 360 interchange.

Victoria Burnaman says her brother-in-law, Joshua Pierite, was driving while her sister, Brooklyn Pierite, was in the passenger’s seat.

"My sister said she just had a feeling to turn around," she recalled. "And when she turned around, she saw the driver coming. And she immediately unbuckled herself to try to jump on top of her kids."

Burnaman’s nieces were in the back: 4-year-old Aubrey Alleman and 2-year-old Mi'lania Pierite.

"I think that it ejected my niece’s car seat out of the vehicle," she said.

Mi'lania was airlifted to Cook Children’s Medical Center. She has bleeding in her brain. She’s in a coma and on a ventilator.

"That’s my little baby niece," Burnaman said. "So I started to hyperventilate, and I almost passed out."

Joshua was pinned inside of the truck and had to be extricated by Arlington and Grand Prairie firefighters. He has a crushed femur and underwent surgery Wednesday morning.

Burnaman says Brooklyn has broken ribs and a collapsed lung while 4-year-old Aubrey had minor injuries.

"We’re two-three days out from Christmas," she said. "And now instead of spending time with their family and enjoying the holiday, now you have a family of four spending their time in the hospital and a 2-year-old fighting for their life.

Arlington police say around 8:20 p.m. on Tuesday, Hampton was in a Mazda driving erratically when he struck the back of the pickup.

"They performed a series of roadside sobriety tests on him," explained Tim Ciesco with Arlington PD. "And then based on the results of those tests, they ended up taking him into custody." 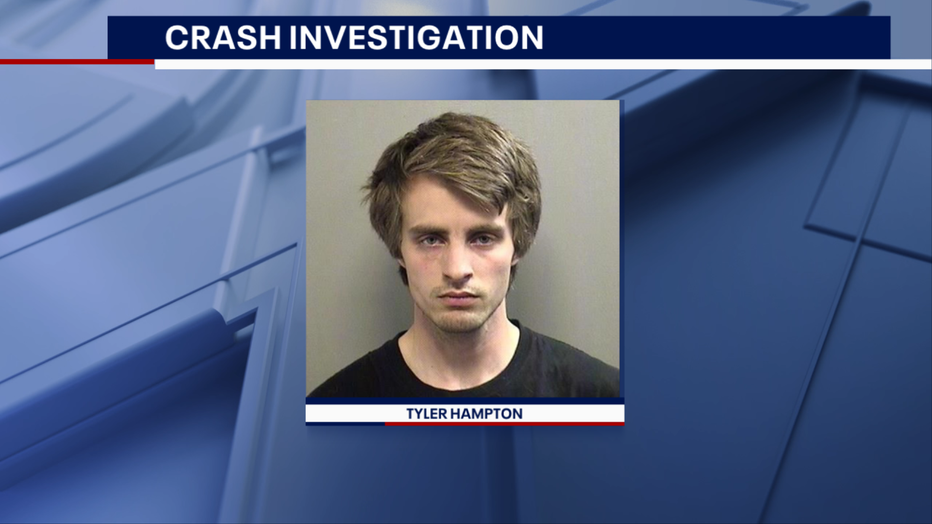 Hampton was arrested on three counts of intoxication assault with serious bodily injury.

"We probably sound like a broken record when we say don’t drink and drive," Ciesco said. "And the sad truth of the matter is we have to keep saying it because we continue to see people making poor decisions."

"She’s a strong baby girl," she said. "That baby girl fights for sure."

The family does not have medical insurance.

Brooklyn was released from the hospital on Wednesday. It will be a while before Joshua can walk again.

Hampton is being held in the Arlington city jail.