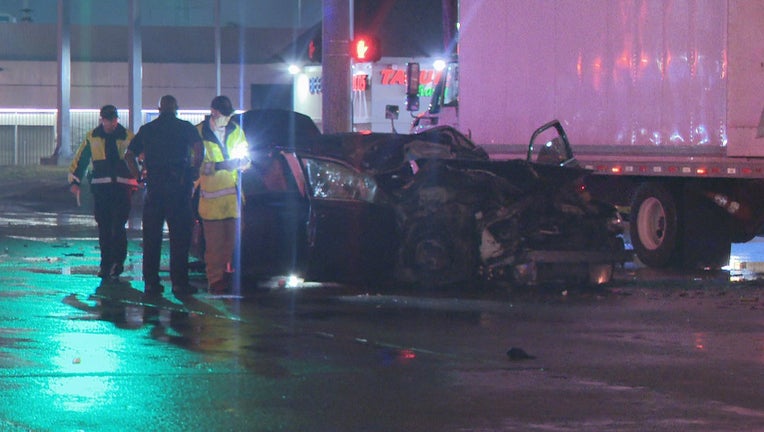 DALLAS - A woman died in an early morning crash in northeast Dallas.

It happened just after midnight on Northwest Highway at Shiloh Road.

The woman was a passenger in a car that rear-ended a box truck. She died at the hospital.

The man driving the car and the box truck driver were not seriously hurt.

The man driving the car is expected to face charges of intoxication manslaughter.