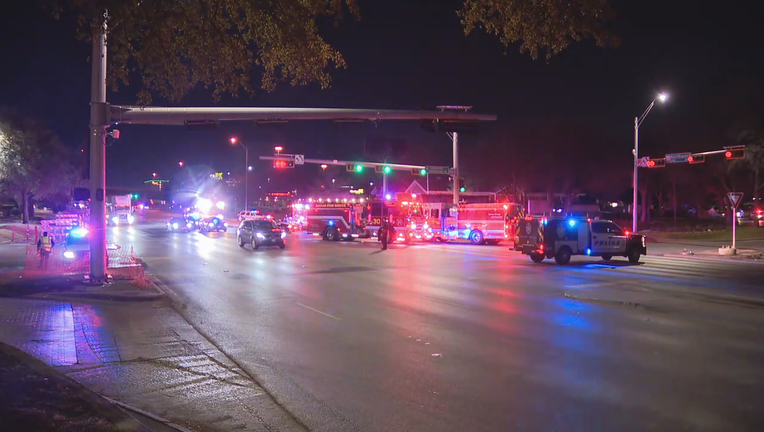 DALLAS - A 29-year-old woman has been charged with intoxication manslaughter after a crash early Sunday morning that resulted in the death of a pedestrian in Northwest Dallas.

The wreck happened just before 12:30 a.m., at W. Northwest Hwy and Technology Boulevard.

Investigators found that a man was standing at the crosswalk sign, as a woman was driving a silver Chevy Malibu eastbound on W. Northwest Hwy.

The woman then struck the man with her vehicle.

The pedestrian was taken to a hospital, where he was died from his injuries.

The woman, whose name has not yet been released, was arrested for intoxication manslaughter.