With half of Texas under a boil water notice, state efforts shift to emerging water crisis

Amid the emerging water crisis in Texas, Gov. Greg Abbott is asking President Biden for a major disaster declaration.

Many cities in Collin County get water from the North Texas Municipal Water District. Nearby in Plano, there aren’t any boil advisory or water cutoffs, but an official says the situation has worsened.

They are re-upping the request for people to conserve, and say they are now using parks and rec employees and firefighters in pickup trucks to help respond to requests to turn off water at homes where pipes are bursting. 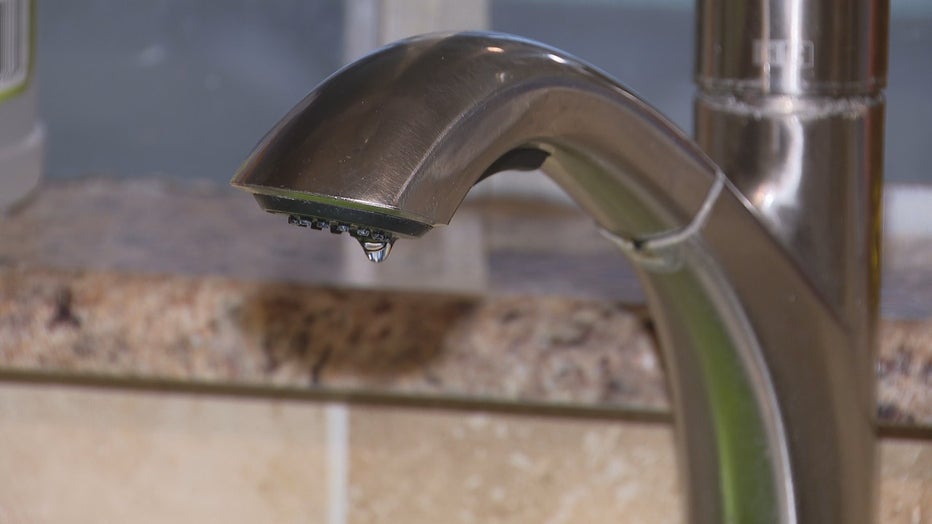 At Fort Worth Fire Station 9, crews are using water to put out another type of emergency.

"We’ve been under a boil water notice for a couple days," said Sunny Ryan. "And so we’ve used up what most of the bottled water we have at home."

Some cities are now opening sites like these to get people clean water.

MORE: Oncor defends decisions on who gets power, who doesn't in North Texas

Nearly 13 million Texans are now under a boil water advisory.

"I also wanted to get some for my neighbor," Ryan said. "She’s elderly and can’t get out at all and has no water at all."

For some, it’s not as simple as just boiling water.

Chad Ferguson in Fort Worth still doesn’t have power Thursday.

"We’ve got a little bit of water that’s running now, but we don’t have any way to boil it," he said. "We’re in one of the boil areas. We’ve run out of all the propane and everything we were using to boil water."

And people aren’t having much luck venturing out to find water.

"We went the other day to all the grocery stores around here, and it was like a war zone," Ferguson said. "Nobody had anything."

At a news briefing in Austin, state officials said 725 water systems are under boil water advisories.

The state reached out to the Environmental Protection Agency and labs to make sure they are ready to begin testing water systems.

It’s a step required before the notice can be lifted, but many systems still don’t have the required pressure to get to that point.

"We need to make sure we use every tool possible to get water restored to our fellow Texans," said Gov. Greg Abbott.

FEMA is sending generators. Some of them will help with water treatment plants. It's also sending 729,000 liters of water.

The North Texas Municipal Water District, which provides water to large swaths of the area, has worked to bring equipment online that's normally offline in the winter when there's typically lower demand.

In the meantime, folks are getting clean water wherever they can get it. It’s a problem they never expected during a winter storm.

"I’m grateful that the city was able to have some water for those who to come get it because we weren’t prepared for this," Ryan said. "Nobody knew all this was coming. We certainly didn’t expect the water plant outages."

It's not just the boil water advisories causing problems.

So many homes now have water shut off or frozen pipes.

Plano, which is not under a boil notice, was providing bottled water at Grace Church. Other cities are expected to open up sites like that in the days to come.

In the meantime, the request is to conserve water as best as possible.

MORE: Majority of North Texans being urged to conserve water or boil it