Police are working to stop street racing in Dallas, but video showing drivers doing donuts in Victory Park has caused concerns for those living nearby.

DALLAS - The Dallas Police Department is working to stop street racing in the city, but video showing drivers doing donuts in Victory Park has caused concerns for those living nearby.

And there were burnouts happening right outside the American Airlines Center Friday night.

Eric Betley first heard the street racing at the corner of N. Houston Street and Nowitzki Way from his apartment.

“A bunch of engines revving up here on the street,” he recalled. “You could have a car go off into one of these buildings into people.”

He then called Dallas police.

“By the time they were done, they were all gone,” Betley said. 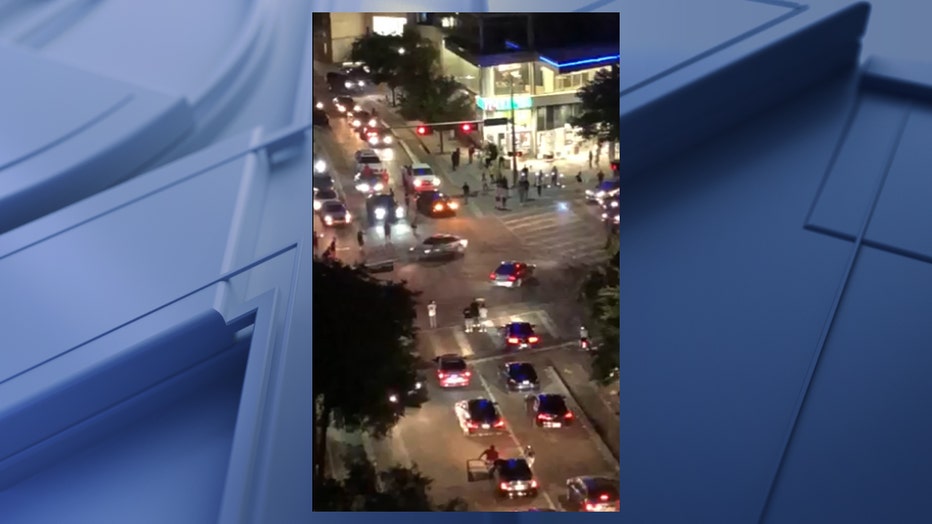 Back in May, the Dallas City Council passed an updated street racing ordinance.

RELATED: Proposal would crack down on street racing in Dallas with tougher ordinance

DPD officials said the department has a unit dedicated to enforcing street racing, but when street racing was going on Friday in Victory Park, DPD officers were at a different location that’s typically known for street racing.

DPD has made several social media posts this week highlighting the dangers of the activity.

“All it takes is one quick slip and you’re going to be under that wheel,” one of the messages said.

Back in February, 20-year-old Crystian Hernandez fell out of a spinning truck. He was crushed by the vehicle and died. One of many victims in North Texas.

RELATED: Man killed when driven over after falling off truck that was doing donuts in Dallas parking lot

Earlier this week, in Oak Cliff, one officer was shot at while arriving on the scene of street racing.

Police said working to catch these well-organized groups is like a game of chess.

“I think all the residents down here would appreciate that,” he said.

The department wasn’t able to provide FOX4 with any hard data on recent citations or arrests, but officials said we’ll hear much more about its enforcements soon.