Just this weekend alone, Dallas police seized dozens of vehicles and handed out hundreds of tickets. The department calls street racing a reckless act that continues to impact the city and its residents.

Whether you're driving through the Woodall Rogers Freeway tunnel in Downtown Dallas or a busy intersection, Dallas police say street racing is a big problem. 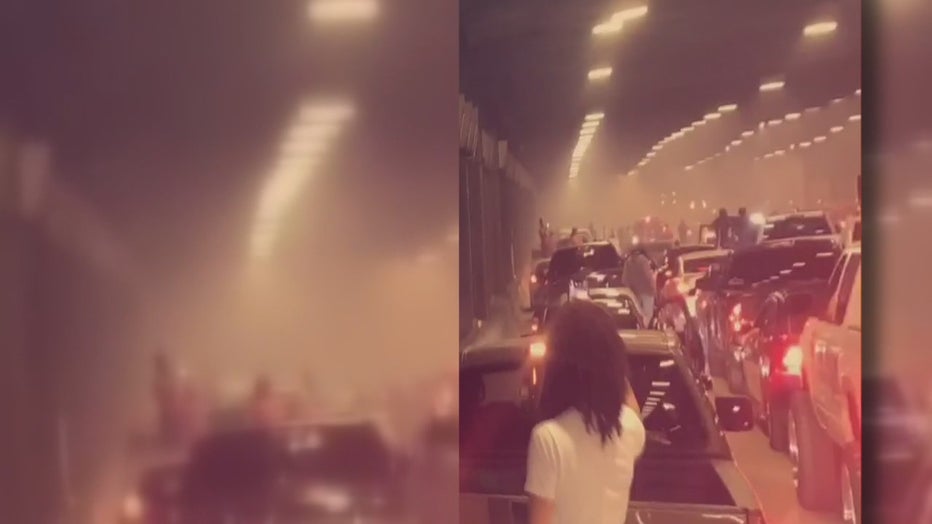 Jeff Auvenshine was on his way home on April 26 when got trapped at the intersection of Skillman and Live Oak in East Dallas.

“Soon after, cars started spinning out doing circles and the donuts and whatever in the middle of the intersection,” he recalled.

Fearing he might get hit, Auvenshine started recording video on his cell phone. He said he sat at the intersection for ten minutes before emergency sirens got the cars and crowd of onlookers started moving.

The Dallas Police Speed Racing Task Force released a video on May 1 warning folks about the dangers of street racing.

Police referenced an incident from February. Crystian Hernandez fell out of a truck that was doing donuts in Northwest Dallas. The truck hit him, and he died.

Over the weekend, Dallas police say they made some 460 traffic stops, issued nearly 630 citations, impounded 44 vehicles and made 33 arrests. Officers also seized guns and drugs.

“Clearly there's a lot of people who don't seem to care themselves or others,” Auvenshine said. “I mean, there were no masks. Right on top of each other. No social distancing at all.”

As for the deadly incident in February, the driver of the truck, 28-year-old Edgar Moncada stayed at the scene and was arrested for manslaughter.