The city of Dallas is still trying to get a two-year-long building permit backlog under control. City leaders told builders on Friday it is making big changes that should start to improve the issue in two-to-three months.

DALLAS - The city of Dallas is still trying to get a two-year-long building permit backlog under control.

City leaders told builders on Friday it is making big changes that should start to improve the issue in two-to-three months.

The update to Dallas builders came after a recent town hall meeting where dozens of builders told city leaders that if the city can't make its permitting process faster, then they will have to look at other places to build.

Ever since the pandemic caused the Dallas building permit office to break down, Dallas Builders Association President Phil Crone has been urging the city to do something to fix the costly problems.

"If you want housing affordable, you can’t have building be expensive. Building is more expensive when permits are delayed," he said.

But the problems from staffing vacancies to a virtual permitting system persist. 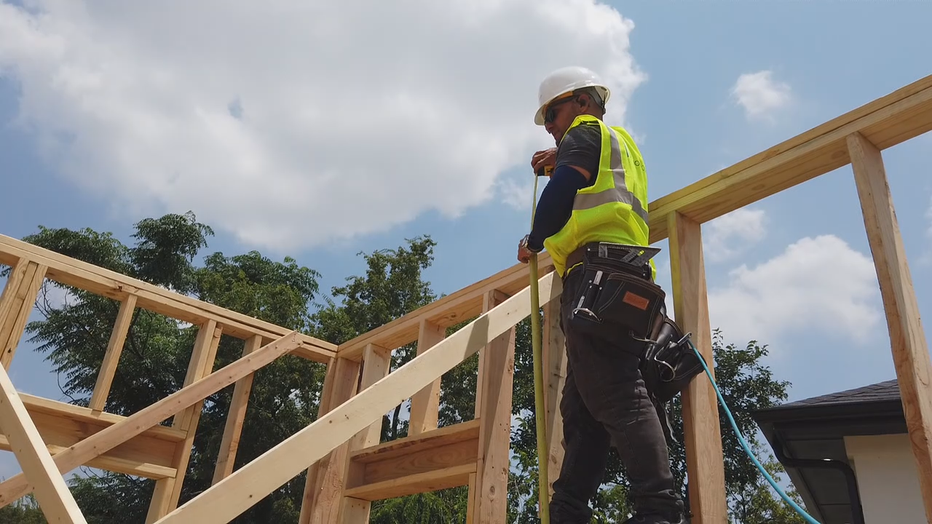 Dozens of builders sounded off to the city council last week.

"It still takes seven-plus weeks. I know that for a fact. How? We applied in December. Just got it. Took seven weeks," said Jeff Dworken with JLD Custom Homes. "Seven-plus weeks cost me $8,000 in interest and carrying costs to my small company."

Now with record inflation, there is even more urgency as builders see every delayed week cause a rise in prices.

"I’ve absorbed five figures in lost income from delays," said Richard Miller with Richard Miller Custom Homes. "I am going to have to look at other cities if we can’t fix it fast."

Linda McMahon is president of the Real Estate Council. She said it costs the city directly as well.

Will Mundinger, an outside expert, was hired five months ago to solve the problems.

"I would like people to know, we’re not always the bad guy," he said.

"I am sorry you have experienced difficult things. I would like to tell you, you won’t experience those things again, but I won’t," he said. "But I will tell you we take it very seriously. I do believe we are improving. It will take a while to fix. We don’t want the fix to be quick and easy. We want it to be sustainable."

After his talk with city leaders, Crone said he is more optimistic than he has been in a while that this time around the city is doing the right things, starting with hiring a new building chief and getting private plan reviewers.